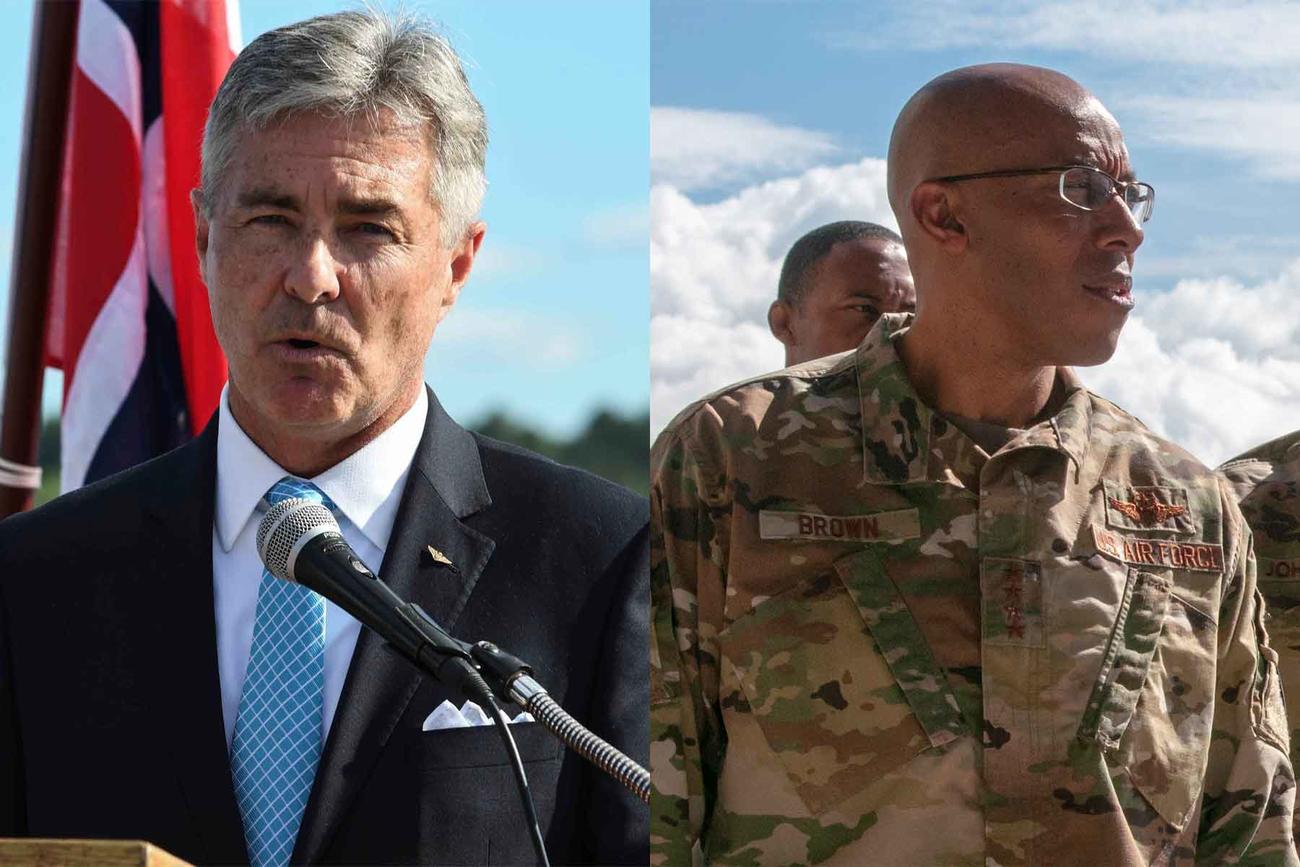 The Senate Armed Services Committee has voted to advance the nominations of officials tapped to be the next Navy secretary and Air Force chief of staff.

Read Next: ‘A Seal Around the Ship: Coast Guard Crews Work to Avoid Catching COVID-19 on Drug Busts

Earlier this month, the three nominees testified before lawmakers as part of their confirmation process.

Braithwaite pledged to restore good order and discipline in the Navy, which has faced a host of challenges in recent years. He did not mince words during the nomination hearing, where he said the Navy’s culture has been tarnished by deadly accidents, legal battles and the situation aboard the aircraft carrier Theodore Roosevelt after the novel coronavirus began spreading on the ship.

“Whether Glenn Marine Defense, ship collisions, judicial missteps or the crisis on USS Roosevelt, they are all indicative of a breakdown in the trust of those leading the service,” Braithwaite, who’s currently serving as the U.S. ambassador to Norway, told senators.

President Donald Trump nominated the retired rear admiral to lead the Navy and Marine Corps after Richard V. Spencer abruptly left the position in November. Thomas Modly, who had served as acting Navy secretary since then, also left the position amid controversy last month.

The White House nominated Brown in March to be the Air Force’s 22nd chief of staff, replacing Gen. David Goldfein. If confirmed, he would become the first African American to serve as the top uniformed officer of any of the military branches.

During the nomination hearing, Brown said the service is on a path to add units across the force, but may fall short of its previously stated goal of 386 squadrons.

But whether the service hits that goal or not, additional airmen, equipment and resources will make it stronger, Brown said.

In 2018, the service said it wanted to add at least 74 additional squadrons over the next decade, unveiling its “386 squadron” plan.

Guard Won’t Punish Soldiers Who Took a Knee at Protests

The House Veterans Affairs Committee’s ranking Republican has thrown his support behind an effort to make the Department of Veterans Affairs‘ mission statement more inclusive by shedding its masculine pronouns and reference to widows. Rep. […]