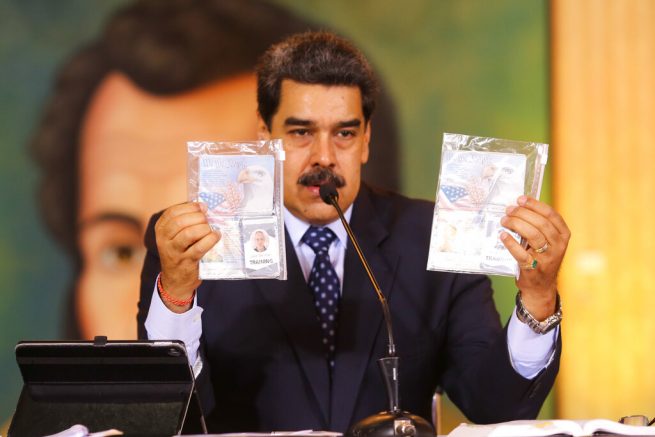 Authorities in Venezuela released video testimony from two former U.S. Special Forces soldiers who were jailed for their alleged role in a plot to overthrow the Maduro regime.

At the stand, Denman said he was instructed by former Green Beret Jordan Goudreau to invade the country, capture President Maduro and put him on a plane unharmed. He added that the guidelines for the operation were “vague” and said he never signed a contract.

“I didn’t sign a contract,” he stated. “We had a casual conversation, I guess you can call it a verbal contract giving me some vague mission guidelines on training Venezuelans, coming here and putting Maduro on a plane.”

According to reports, the Maduro regime is also accusing Colombia of supporting the operation and has since infiltrated its “intelligence services” for information.

CHAPELLE-SUR-ERDRE, France—A radicalized French ex-prisoner on a watch list of potential terrorist threats stabbed a policewoman inside her station in western France on Friday and died following a shoot-out with police, a government minister said. […]

A protester wielding a hockey stick runs toward a tear gas canister while clashing with federal officers near the Mark O. Hatfield U.S. Courthouse on July 24, 2020 in Portland, Ore. (Photo by Nathan Howard/Getty […]