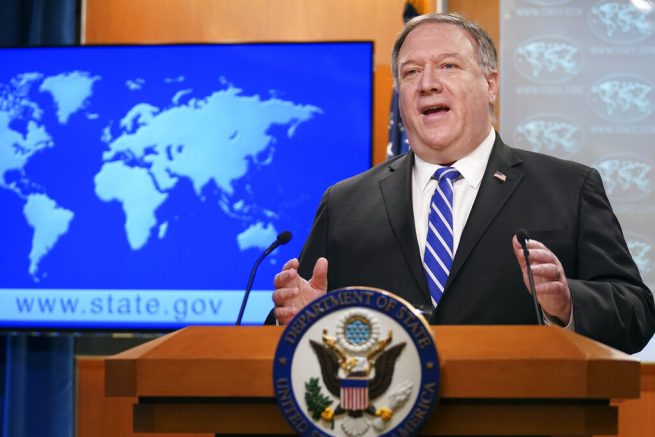 Secretary of State Mike Pompeo speaks about the coronavirus during news conference at the State Department in Washington on Wednesday, May 6, 2020. (Kevin Lamarque/Pool Photo via AP)

Secretary of State Mike Pompeo has warned of the rising national security threat posed by China. In a recent interview, Pompeo said the Chinese Communist Party is building influence around the world and inside the U.S.

According to the secretary, China is seeking to compromise U.S. leaders, including governors, school board members and corporate CEOs. He claimed the country is using corruption to advance its political and economic influence.

“There’ll come a time, there’ll come a day when we will evaluate what it is that needs to be done to convince the Chinese Communist Party that there are real costs connected to this kind of misbehavior,” stated Pompeo. “We have to hold nations accountable for the things and actions that they undertake, which create risk and, in this case, created enormous loss of life here in the United States.”

Pompeo added his department, as well as the FBI and the police, are working to curb China’s malicious efforts.

WATCH: Funding Virus Research In U.S. Rather Than In China