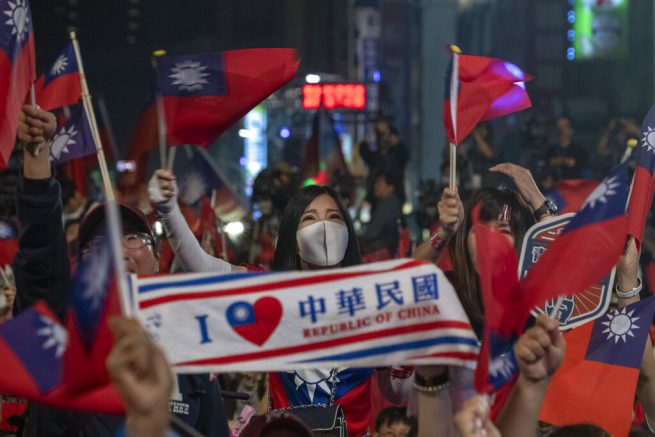 In this photo taken Saturday, Jan. 11, 2020, supporters of the Nationalist or KMT party cheer with the Taiwanese flag. About two-thirds of Taiwanese don’t identify as Chinese, according to a survey released Tuesday, highlighting the challenge China faces to bringing the self-governing island under its control. (AP Photo/Ng Han Guan)

China said it will only grant participation if Taiwan agrees to what’s dubbed the One-China policy and accept it’s part of their country. The objection comes as Beijing considers the island to be one of its provinces.

Taiwan argues the coronavirus pandemic is one of the more urgent reasons it should be allowed “proper access” to the World Health Organization.

The principle that all people should enjoy the highest standard of health, regardless of race, religion, political belief, economic or social condition has guided WHO’s work for the past 70+ years, since it was first set up as the lead agency for international health in the @UN. pic.twitter.com/X88VcxIQHG

Meanwhile, the World Health Organization said it’s not mandatory to invite Taiwan, adding that only member states can decide.

LOS ANGELES—After exceeding all expectations with its initial four test flights, the first ever by an aircraft over the surface of another planet, NASA’s tiny Mars robot helicopter Ingenuity is ready for graduation. The U.S. […]