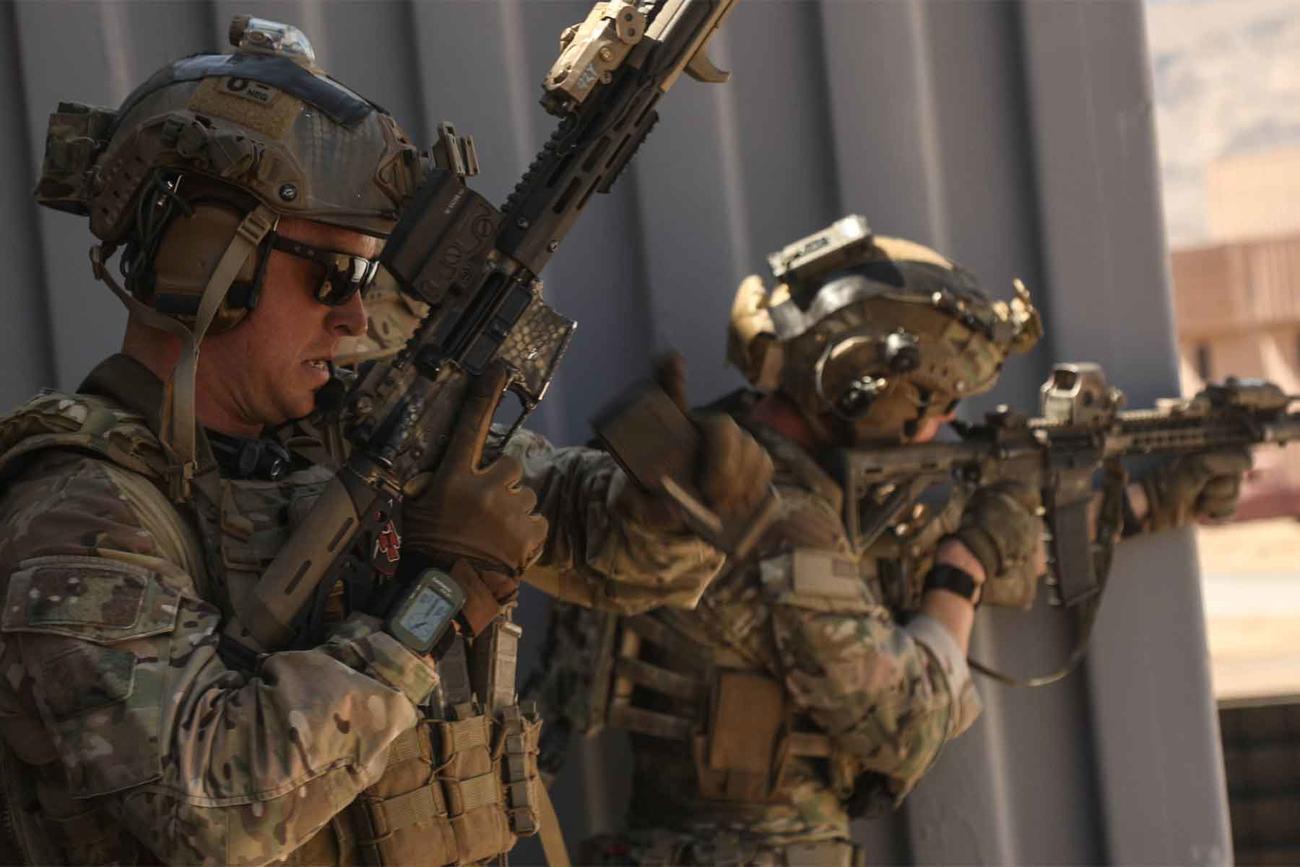 U.S. Special Operations Command wants to equip small teams of operators with advanced smart-soldier gear to stay connected with intel assets anywhere in the world — even if they have to tap into commercial phone networks.

“We are looking to put the internet of things and data analytics on an operator at the edge, so he can make more informed decisions faster,” Barnes said, describing how usable tactical intelligence typically has to be sent back to a higher headquarters element for processing, which can take days or even weeks.

The U.S. Army has developed smart-soldier equipment such as Nett Warrior, a smartphone-based system that plugs into a tactical network to give small-unit leaders access to drone feeds and other battlefield sensors.

The Hyper Enabled Operator system is being designed for units such as Special Forces teams that work with partner nations to build their internal defense, as well as conduct unconventional warfare operations in extremely remote areas of the world, Barnes said.

The goal is to give operators the same capability they have with commercial smartphones in the United States while they are operating anywhere in the world, said Lisa Sanders, director of Science and Technology for Special Operations Forces, Acquisition, Technology & Logistics.

“If I move from a particular partner nation that I am working with or a particular area of the world to another area of the world, I want the same ability that I would have back in the United States at my duty station in my forward location,” she said. “It may not be a tactical network; we may be looking to leverage what is available commercially in an area of operations. … Why would we want to go to a commercial network? Because maybe that is what the partner that we are working with is on, and we need to be able to communicate effectively with them.”

The program conducted an operational assessment using beyond-line-of-sight communications gear last month, Sanders said, adding that they hope to do a “gate-check on how things are going sometime next year.”

Officials are looking to select an Army Special Forces Group that is currently involved in operations with a partner nation to conduct a future field assessment but did not give a timeline.

“Today’s technology doesn’t allow for the Iron Man suit,” said Gen. Richard Clarke, commander of USSOCOM. “You know, there is no Tony Stark, but the idea is there that, in the future, in the operating environment, it’s going to be increasingly complex, dynamic and lethal.

“What I remember most vividly about that effort was really the idea, the idea that our folks that are in harm’s way absolutely deserve the most capable, the most lethal … offensive capabilities that were available,” he added.

Clarke said he is confident that the new effort will follow that idea and give operators what they need to stay ahead of the enemy in the future fight.

“That is the way that I am approaching this is — that at the edge, that our operators who need it the most have that near-real time collection of data and understand in an ambiguous situation what is most important to them,” he said.

ANNAPOLIS, Md.— The U.S. Naval Academy is planning to have its 4,400 midshipmen return to campus in Annapolis, Maryland, for the fall, after students completed the last semester with online learning from their homes around […]

A man found dead alongside his family at a San Antonio home has been identified as a soldier stationed at Joint Base San Antonio-Fort Sam Houston, military and police officials said Friday. Police conducting a […]