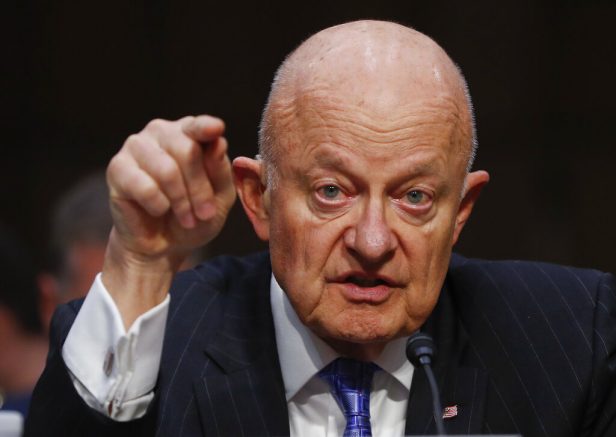 Former Director of National Intelligence James Clapper claimed it’s routine to unmask officials during intelligence investigations. He made the comments in an interview Thursday after he was named in a list of officials who may have sought information on General Michael Flynn during the Russia probe.

“When you see these reports, to understand the context and the importance of what’s going on, you almost have to have the actual name,”Clapper stated. “You don’t know who it is in advance, so in my case the list cites…three occasions where I requested unmasking, which turned out to be Mike Flynn.”

The former Director of National Intelligence added that he’s “happy” to testify before the upper chamber after Senate Judiciary Committee chairman Lindsey Graham called for a hearing on the matter.

I specifically want to know how many unmasking requests were made, if any, beyond General Flynn regarding members of the Trump campaign team, family, or associates.

OAN NewsroomUPDATED 8:46 AM PT – Wednesday, August 31, 2022 As the US reported it’s first death of a monkeypox patient, the White House announced new measures to do more to reach those most at […]