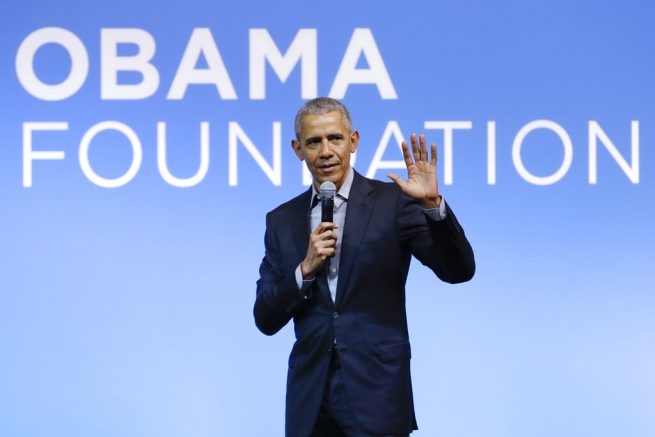 Senators Chuck Grassley (R-Iowa) and Ron Johnson (R-Wis.) have released a list of Obama White House officials who may have had a role in unmasking former General Michael Flynn.

We are making this information public and pushing for additional relevant disclosures because the American people have a right to know the full truth. https://t.co/solZZ1StlL

According to Sen. Rand Paul (R-Ky.), it’s clear Biden used the government to go after a political opponent.

“If Vice President Biden and the president’s inner circle of advisers were all listening to a senior Trump administration adviser’s private conversation, this would amount to a serious abuse of power,” stated Paul. “The only question that remains is what did President Obama know and when did he know it?”

Sen. Rand Paul: “We now know at the very least Vice President Biden was in this up to his eyeballs.” pic.twitter.com/CUztQG2LrL

He has called on acting Director of National Intelligence Richard Grenell to testify on the matter before the Senate next week.

Yesterday I wrote to DNI @RichardGrenell requesting the names of those who were involved in Gen Flynn’s unmasking. Today I received the shocking reply that @JoeBiden and many others knew! What did President Obama know? I am inviting DNI Grenell to testify next week in the Senate pic.twitter.com/IHpGjeVWwM

In an aerial view, a car is submerged in floodwater after heavy rain moved through the area on January 09, 2023 in Windsor, California. (Photo by Justin Sullivan/Getty Images) OAN Roy FrancisUPDATED 11:44 AM PT […]

Donald Trump Jr., speaks as he tapes his speech for the first day of the Republican National Convention from the Andrew W. Mellon Auditorium in Washington, Monday, Aug. 24, 2020. (AP Photo/Susan Walsh) OAN NewsroomUPDATED […]