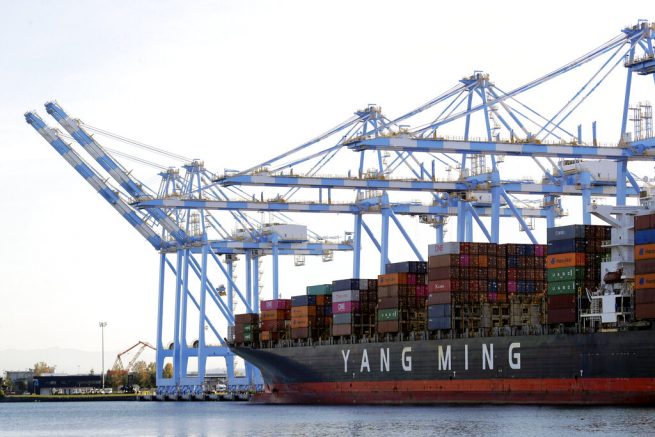 FILE – In this Nov. 4, 2019, file photo cargo cranes are used to take containers off of a Yang Ming Marine Transport Corporation boat at the Port of Tacoma in Tacoma, Wash. (AP Photo/Ted S. Warren, File)

President Trump has ruled out the possibility of renegotiating a Phase One U.S.-China trade deal. While speaking with reporters Monday, he said China would only want to make changes that would benefit them.

This follows Chinese media reports alleging officials in Beijing are hoping to renegotiate the agreement. The president went on to say China has “taken advantage” of the U.S. for too long.

“No, I’m not interested, we signed a deal,” he stated. “…They’d like to reopen the trade talks to make it a better deal for them..China has been taking advantage of the United States for many, many years.”

President Trump said if China fails to live up to its commitments over the next two years, he would consider pulling out of the agreement altogether. 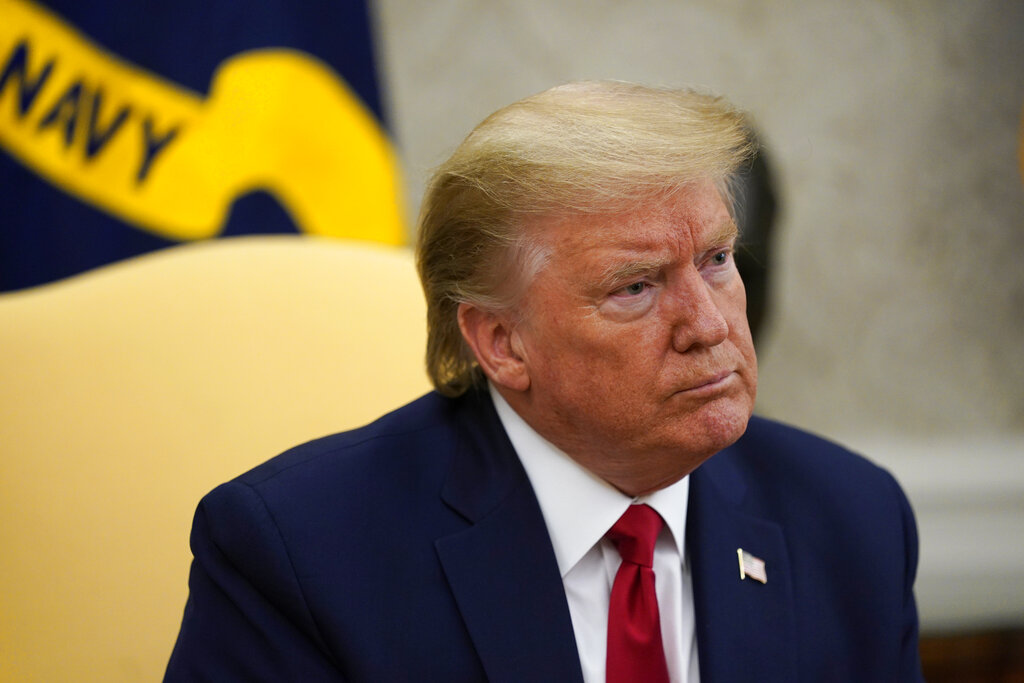 FILE – In this May 7, 2020, file photo President Donald Trump listens during a meeting about the coronavirus response in the Oval Office of the White House in Washington. (AP Photo/Evan Vucci, File)

Meanwhile, China announced a new list of U.S. products which will be illegible to be waived from facing retaliatory tariffs. China’s Finance Ministry announced the move Tuesday for a total of 79 U.S. imports.

This comes as part of Beijing’s effort to fulfill its end of the Phase One deal, which calls for the country to increase its purchase of U.S. goods over the next years by $200 billion.

Reports Monday alleged Chinese officials were considering backpedaling on the deal. In a press briefing Tuesday, however, China’s finance minister reaffirmed Beijing’s commitment to the deal.

Secretary of State Mike Pompeo talks during a question and answer sessions with state Republican legislators in the Senate chamber of the Wisconsin State Capitol in Madison, Wis. Wednesday, Sept. 23, 2020. (John Hart/Wisconsin State […]