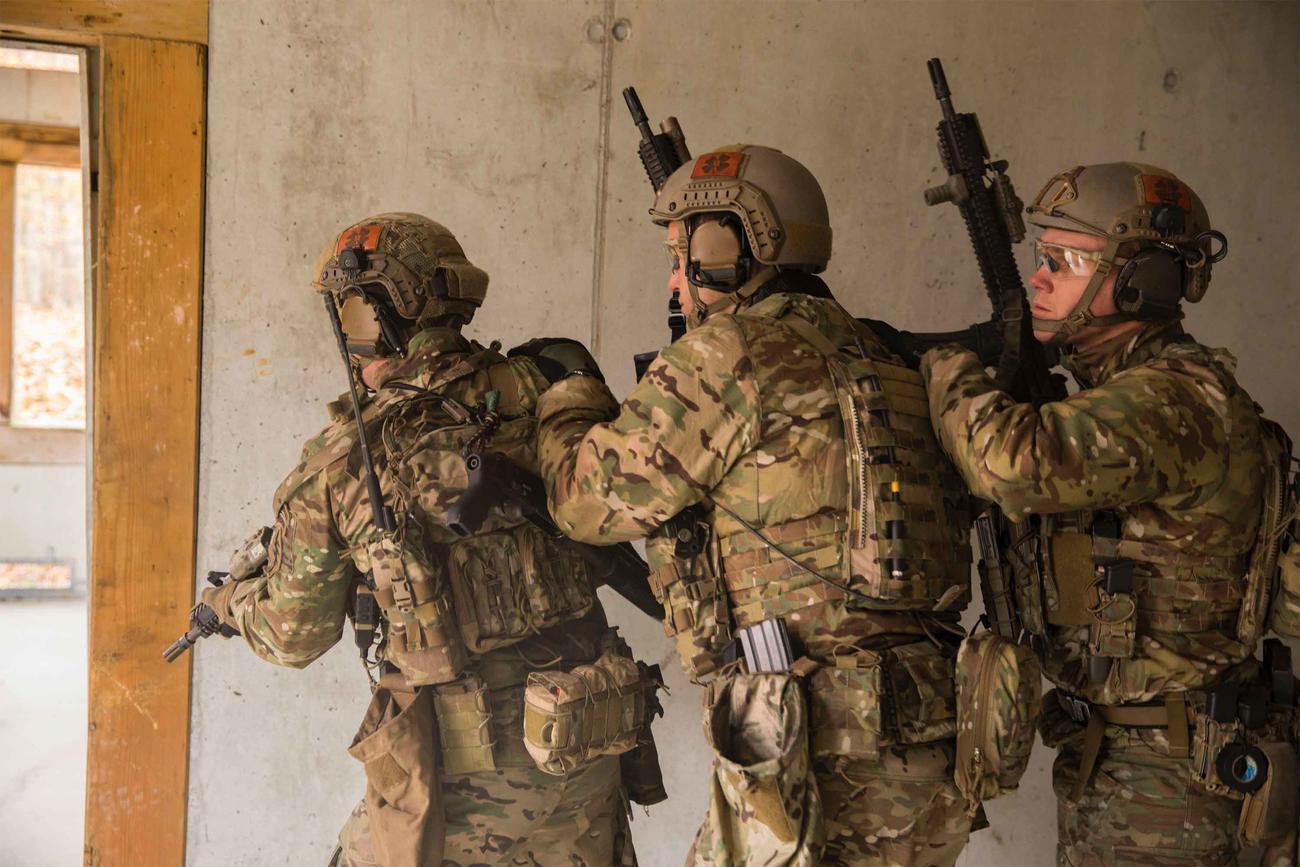 The head of U.S. Special Operations Command said Tuesday that winning the fights of the future may depend less on door-kickers and more on tech-savvy operators trained for the cyber and information battlespace.

“We still need guys who can kick down the door, that can shoot well, that can jump out of airplanes, that can fly our special operators — we need all those men and women,” Army Gen. Richard Clarke told an audience at the National Defense Industrial Association’s vSOFIC 2020 conference.

“But we also need coders. We also need leaders who can apply [artificial intelligence]. … It may no longer be that the most important person on the mission is actually the Special Forces operator who is kicking down the door, but it could be the cyber operator that the special operations team actually has to get to the environment and make sure that he or she can work his or her cyber tools into the fight.”

A major part of Special Operations Command’s role in the fight against violent extremism and great power competition is the physical presence of small teams of special operations forces (SOF) around the world, Clarke said.

But it’s becoming increasingly important for SOF to operate in the non-physical information space, added Clarke, who is convinced that “working in the information space can have the greatest impact in the coming years.”

“When I was in Afghanistan all the way back to 2002 … all the way through 2011, I probably, as a commander at that time, spent about 90% of my time thinking about the kinetic fight — the raid, the mission, the kill-capture mission,” he said.

“The commander there on the ground now spends 60% of his working [hours] in the information space … thinking about how is he influencing the Taliban thought process, how is he involved in the Afghan population and what they are thinking, because we are going to win this through population and their support for the Afghan government,” he said.

Conducting successful information operations, both locally and regionally, will be “critical to the U.S.’ ability to be able to be successful in future fights,” Clarke said.

The recent creation of a Joint Military Information Support Operations Web/Ops Center is a good start, but he said success in the war for influence will require sophisticated technology for operating fast enough to be relevant in the information space.

“As we look at the ability to influence and shape in this environment, we are going to [need] artificial intelligence and machine learning tools specifically for information ops that hit a very broad portfolio,” Clarke said. “We are going to have to understand how the adversary is thinking, how the population is thinking and work in these spaces … to make sure that the U.S. message and our allies and partner’s message is being heard and its resonating.”

Read More: After Hitting Record High, Military Heatstroke Cases May Be on the Decline

Marine Corps to Shut Down, Cut Back 7 MOSs as the Force Prepares for Change

KAMLOOPS, British Columbia — A Canadian aerobatic jet crashed into a British Columbia neighborhood during a flyover intended to boost morale during the pandemic, killing one crew member, seriously injuring another and setting a house […]

Despite reports that U.S. senators are considering blocking future forward-deployments of American fighters and spycraft to the United Kingdom, the U.S. Air Force says it’s not changing its near-term plans. Last week, The Telegraph, a […]