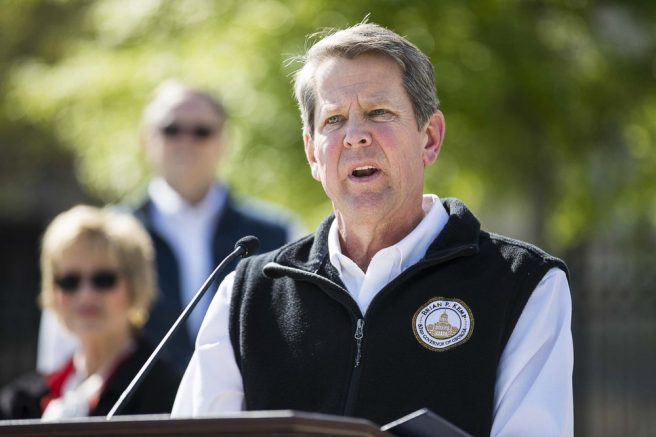 Today also marks the lowest total of ventilators in use (897 with 1,945 available).

We will win this fight together! pic.twitter.com/byxACEiQCp

There are just over 1,200 confirmed cases in the state, with the lowest number of ventilators in use since the onset of the outbreak.

This came after many in the media, as well as President Trump, criticized Kemp’s early opening. The president expressed it might have been too soon.

“I told the governor of Georgia, Brian Kemp, that I disagree strongly with his decision to open certain facilities, which are in violation of the phase one guidelines for the incredible people of Georgia,” he stated. “At the same time, he must do what he thinks is right.” 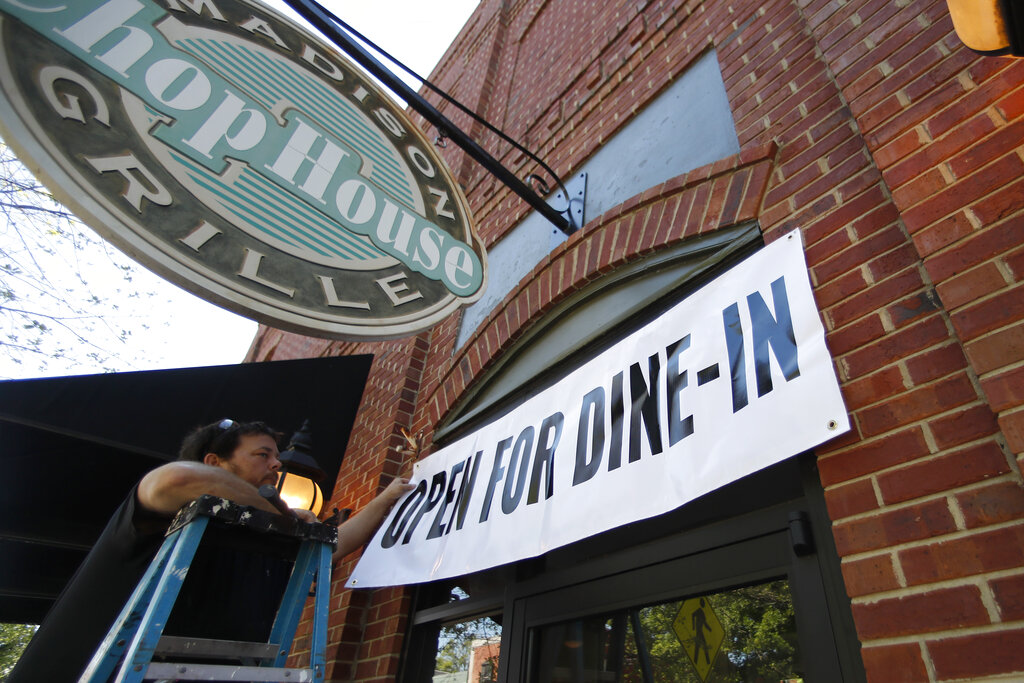 Jason Godbey hangs a banner over the entrance of Madison Chop House Grille as they prepare to shift from take out only to dine-in service Monday, April 27, 2020, in Madison, Ga. Gov. (AP Photo/John Bazemore)

Kemp has credited increased testing for his state’s success in controlling the virus. According to the governor, his team is working to help labs keep up with new recommendations for expanded testing.

“We’re working on increasing our lab capacity, our efficiencies, expanding labs. We’re looking at a lot of different options. We’ve had a whole team working on that, over the last two or three days, to really solve that problem.” – Brian Kemp, Governor of Georgia