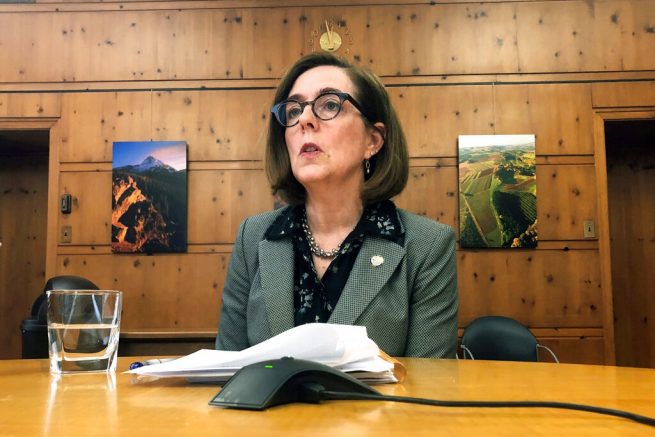 Oregon churches have filed a lawsuit against Governor Kate Brown, claiming social distancing orders infringed on their religious liberty. According to reports, 10 places of worship across the state are calling for a restraining order against ongoing restrictions that ban in-person services.

This came after the Democrat governor moved to allow gatherings of up to 25 people on Thursday.

However, church leaders argued this was not enough, especially for those with hundreds of regular attendees. The group’s lawyer has said Oregonians are tired of their constitutional rights being trampled on.

“Churches and church goers are not willing to let constitutionally protected religious rights be infringed upon indefinitely,” stated attorney Ray Hacke. “We’re hoping that they will be invalidated and that she will be enjoined from enforcing them.”

He went on to say Governor Brown failed to get proper approval from the state’s legislature to extend the stay-at-home order past 30 days.

WATCH: Pastor Rodriguez: We Have To Put Fear Of God In Governors Who Attempt To Shut Down Churches

Twitter has restored the account of Rep. Elise Stefanik’s (R-N.Y.) communication director after suspending it in “error,” though Karoline Leavitt—the director—insists it was a “purge in their ongoing effort to silence conservatives voices.” The Twitter […]