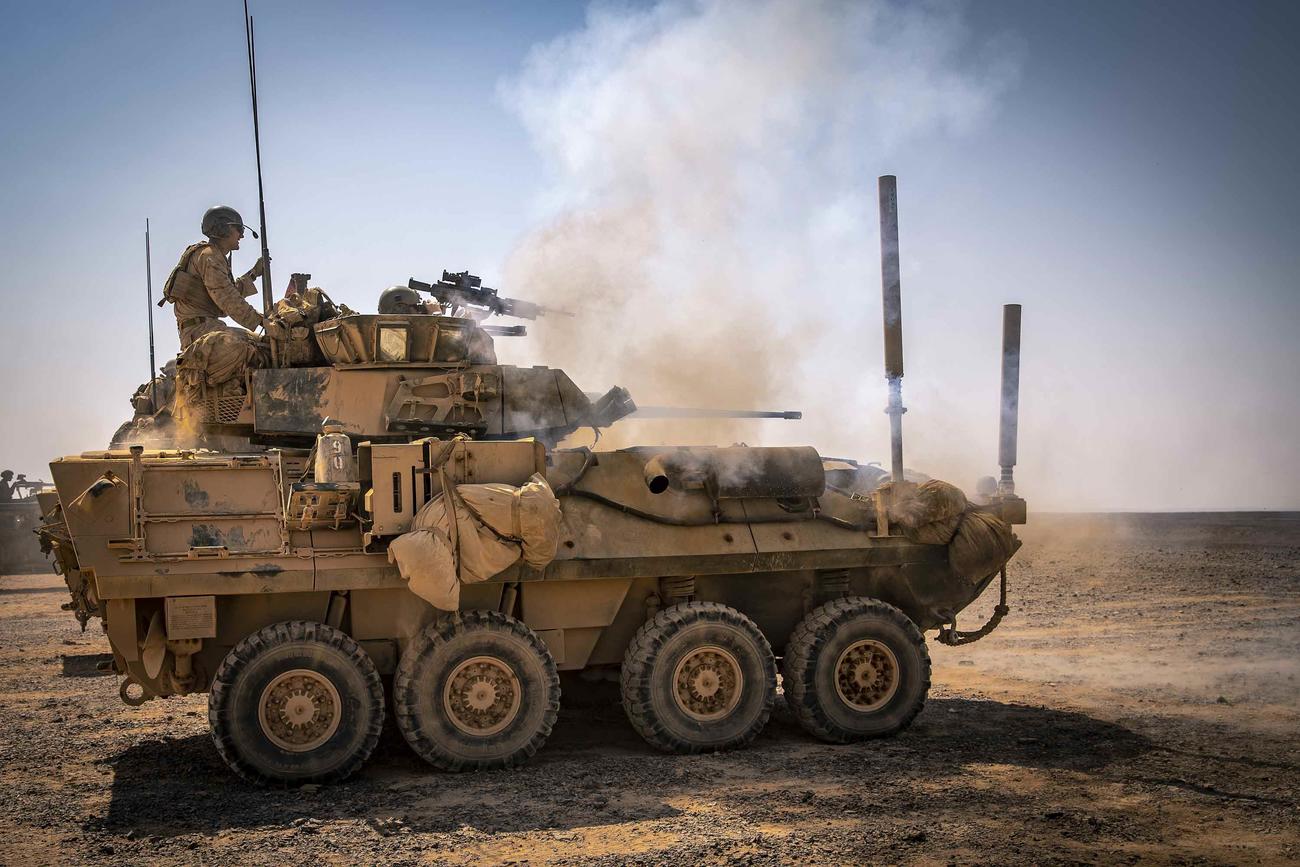 The novel coronavirus pandemic has forced the Marine Corps to postpone the industry day it had scheduled this month for its new reconnaissance vehicle effort. But the service still plans to invite industry to submit ideas for vehicle prototypes next spring.

The Corps announced plans in April 2019 to begin replacing its legacy Light Armored Vehicle with the Armored Reconnaissance Vehicle, or ARV, in the late 2020s. Since then, officials managing the Light Armored Vehicles program have been talking with the defense industry to see which firms are capable of building the new vehicle, which will feature enhanced vision technologies for increased situational awareness and advanced target tracking and weapon systems.

The COVID-19 pandemic forced the postponement of the industry day, at which officials had planned to answer questions about the request for information the Corps released last year.

“We still want to hold an industry day, so we can have an open discussion with industry, provide more clarification and answer any questions from our industry partners,” Maryann Lawson, Marine Corp Systems Command’s project lead for the ARV effort, said in a recent announcement.

The event is now scheduled for the fourth quarter of this fiscal year.

The Marine Corps also plans to release a draft request for prototypes for the ARV base variant before the end of this fiscal year, according to the release. The Corps wants feedback from defense firms to help shape the requirement for the final prototypes request, which is scheduled for publication in spring 2021.

The Army is also working on its Next Generation Combat Vehicle, an effort to replace the Cold War-era Bradley fighting vehicle. Part of the effort will be to field an Optionally Manned Fighting Vehicle, or OMFV.

In late January, Army officials announced that the service would restart the high-priority OMFV effort after receiving only one valid bid for the $45 billion program.

Marine ARV program officials are coordinating with Army OMFV officials, recognizing the commonalities that exist between the two programs, the release states.

In 2019, the Office of Naval Research selected two defense companies to design, build and test full-scale technology-demonstration vehicles, an ARV science and technology effort which is part of the Navy’s Future Naval Capabilities program, according to a September release.

General Dynamics Land Systems is building a vehicle that will incorporate advanced technologies available today for the “base vehicle” approach, the release states.

The Virginia-based IT company SAIC is building an “at-the-edge” vehicle designed around technologies that currently may not be fully mature but could be incorporated into the ARV as new capabilities, when threats and missions evolve, the release adds.

Both vehicles are expected to be ready for evaluation in the fourth quarter of this fiscal year, Marine Corps Systems Command officials said.

Last year, the Corps conducted a capability-based assessment that focused on armored reconnaissance, according to the release, which described how the assessment pitted Light Armored Reconnaissance Battalions against a peer threat, and identified shortfalls and gaps in capability.

“As the core-manned, next-generation system, ARV must possess transformational capabilities to enable LAR Battalions to gain contact with and collect on peer-threat forces,” Marine Corps Systems Command officials said. “It must accomplish this goal without becoming decisively engaged, while also successfully waging the counter-reconnaissance fight.”

As the effort evolves, the Marine Corps has begun to view the ARV as more than just a replacement for the LAV, the release states.

“Over time, officials began to view the ARV as a vehicle platform equipped with a suite of advanced reconnaissance capabilities, with an open-system architecture that can sense, shoot, move, communicate and remain transportable as part of the Naval Expeditionary Force,” it adds.