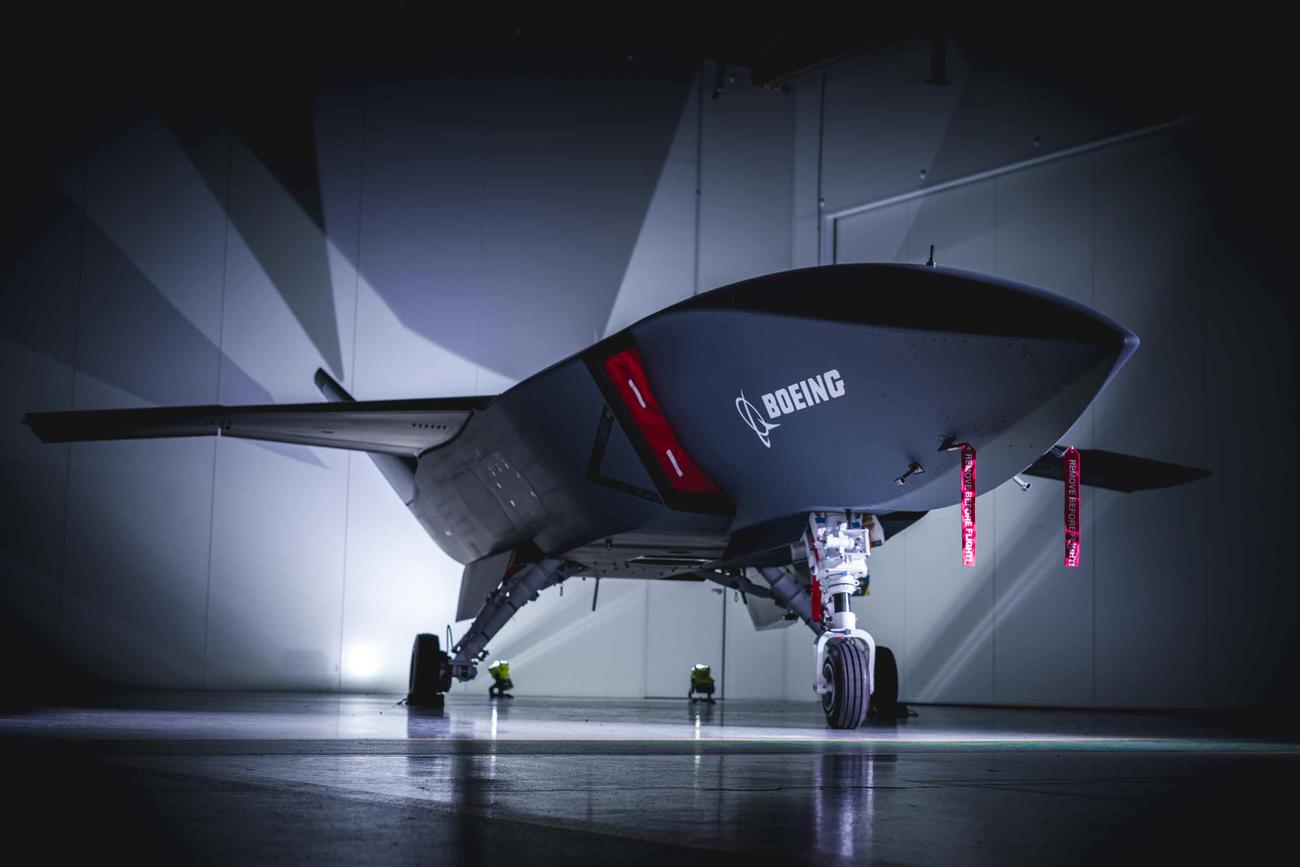 The Royal Australian Air Force has its first Boeing-built drone-jet hybrid prototype, which will use artificial intelligence to conduct intelligence, surveillance and reconnaissance missions to supply fighter pilots with more information during a conflict.

The company delivered its first “loyal wingman” prototype to Australia this week; it is expected to be used in tandem with fourth- and fifth-generation fighters on the battlefield, officials said in a release.

It’s also the first aircraft “to be designed, engineered and manufactured in Australia in more than 50 years,” Boeing said, adding that it’s the company’s “largest investment in an unmanned aircraft outside of the United States.”

“This is a truly historic moment for our country and for Australian defence innovation,” said Australian Prime Minister Scott Morrison. “The Loyal Wingman will be pivotal to exploring the critical capabilities our Air Force needs to protect our nation and its allies into the future.”

The delivery in Sydney is the first of three for Australia’s Loyal Wingman Advanced Development Program, officials said.

The aircraft, which Boeing is co-developing with the government of Australia, was unveiled at the Avalon Airshow last year. Australia is investing roughly $40 million into the program, CNN reported.

The jet is 38 feet long and can fly more than 2,000 nautical miles, according to its fact sheet.

It uses artificial intelligence “to fly independently or in support of manned aircraft while maintaining safe distance between other aircraft, the fact sheet states. The first prototype was constructed using digital engineering concepts, allowing developers to simulate parts via computer models, according to the company.

“We are proud to take this significant step forward with the Royal Australian Air Force and show the potential for smart unmanned teaming to serve as a force multiplier,” said Kristin Robertson, vice president and general manager of Autonomous Systems for Boeing Defense, Space & Security.

“We look forward to getting the aircraft into flight testing and proving out the unmanned teaming concept,” Robertson said. The drone-jet will now begin ground testing, followed by a first flight later this year.

“We see global allies with those same mission needs, which is why this program is so important to advancing the development of the Boeing Airpower Teaming System,” she said.

The concept is similar to an ongoing U.S. military effort.

The U.S. Air Force has been working to develop its own “Loyal Wingman” program, featuring unmanned fighters that could think autonomously sent out alongside F-35 Joint Strike Fighters, for example, to scout enemy territory ahead of a strike, or to gather intel for the aircraft formation.

In January, the Air Force conducted test flights of the XQ-58A Valkyrie drone at Yuma Proving Ground, Arizona, taking the unmanned aerial vehicle, made by Kratos Defense, to higher altitudes than previous tests.

The drone is part of the Air Force’s Low-Cost Attritable Strike Demonstration program, an effort to develop unmanned attack aircraft, which are intended to be reusable but cheap enough that they can be destroyed without significant cost.

Read More: The Marines Wanted a University to Study Co-ed Boot Camp. No One Applied