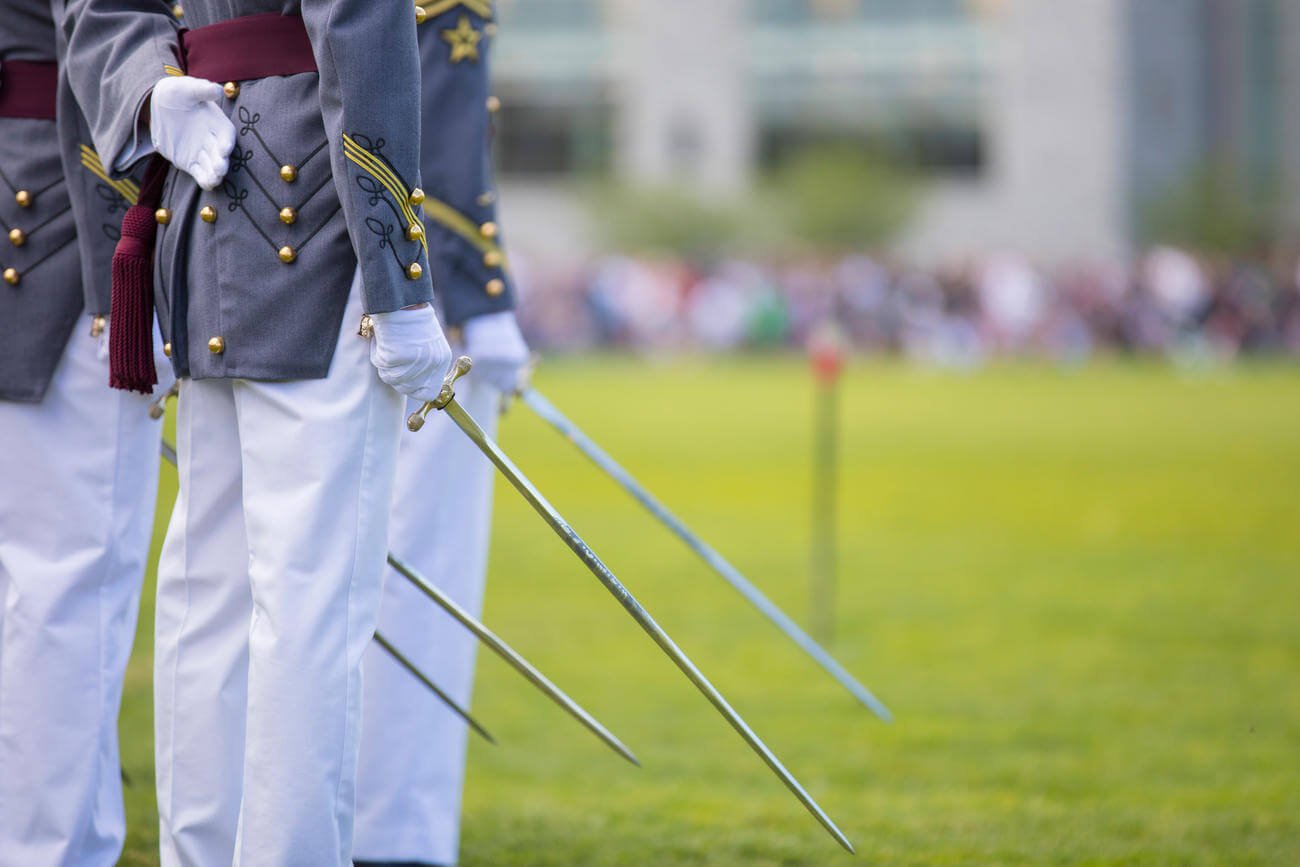 This article by David Roza originally appeared on Task & Purpose, a digital news and culture publication dedicated to military and veterans issues.

The 16 cadets are receiving treatment but are not showing symptoms of the disease, Lt. Gen. Darryl Williams, West Point’s superintendent, told USA Today.

Of the 16 affected cadets, 14 tested positive for the antibody which indicates they contracted the virus and subsequently recovered, USA Today reported.

The number is a small fraction of the 850 cadets who have returned to campus since spring break in March.

According to the campus newspaper, The Pointer View, the 1,100 cadets of the class of 2020 started returning to campus last week.

Each cadet was screened for COVID-19 and briefed about procedures for staying socially distant and keeping surfaces sanitized.

“The test wasn’t bad,” cadet Christopher Gouin told AThe Pointer View. “It made me tear up a little bit and I think he might have pulled some brain matter out with it. But other than that, I think I’m good to go.”

Other than the 16 cadets, 71 of the more than 5,000 faculty, staff and civilians at West Point have also tested positive for COVID-19 since March, USA Today reported. All but four civilians have recovered, and they are living off the post.

Screening and safety procedures will allow the ceremony to be held safely, Willians told USA Today.

The decision to bring cadets back to campus for Trump’s speech in the middle of a pandemic was met with controversy. The cadets had been sent home after spring break in March.

“Because travel increases your chances of getting infected and spreading COVID-19, staying home is the best way to protect yourself and others from getting sick,” the Centers for Disease Control and Prevention wrote on its website.

“Trump’s reckless decision to gather 1,000 Cadets at West Point for a speech puts our future military leaders at increased risk–all to stroke his own ego,” Army veteran Sen. Tammy Duckworth (D-Ill.) wrote in April. “I urge President Trump to evaluate the potential consequences of this vanity speech and reconsider holding the event.”

To make matters worse, New York has more confirmed COVID-19 cases and deaths than any other state in the country. West Point is a 90-minute drive north of New York City, which is widely seen as an epicenter of the COVID-19 pandemic.

“I understand they’ll have distancing,” Trump said of his West Point visit on April 17. “They’ll have some big distance, so it will be very different than it ever looked. Do I like the look? No, I don’t. And eventually, next year, they’ll have a commencement like it’s been.”

Williams also insisted in April that the graduating cadets need to undergo a series of medical tasks “that can only be done at the United States Military Academy.”

Army Chief of Staff Gen. James McConville noted at the time that soldiers will have to live, train, and operate despite the COVID-19 threat for a while. That is why West Point’s graduation could not be held virtually, he said.

“We cannot telecommute to combat,” McConville said. “Our troops need to be ready to go.”

Earlier in March, DoD itself cancelled large-scale meetings and encouraged personnel to telework as much as possible.

The U.S. Naval Academy at Annapolis, Maryland, decided to commission roughly 1,000 midshipmen over the course of 10 days. Meanwhile, The U.S. Air Force Academy in Colorado Springs moved up its graduation date from May 28 to April 18 and made sure each cadet was at least 6 feet away from each other.

Roughly 60 percent of the West Point graduating class drove back to campus, while 40 percent flew in, The Pointer View reported. The ceremony itself will be held on the academy’s parade field known as The Plain, rather than the traditional location in Michie Stadium.