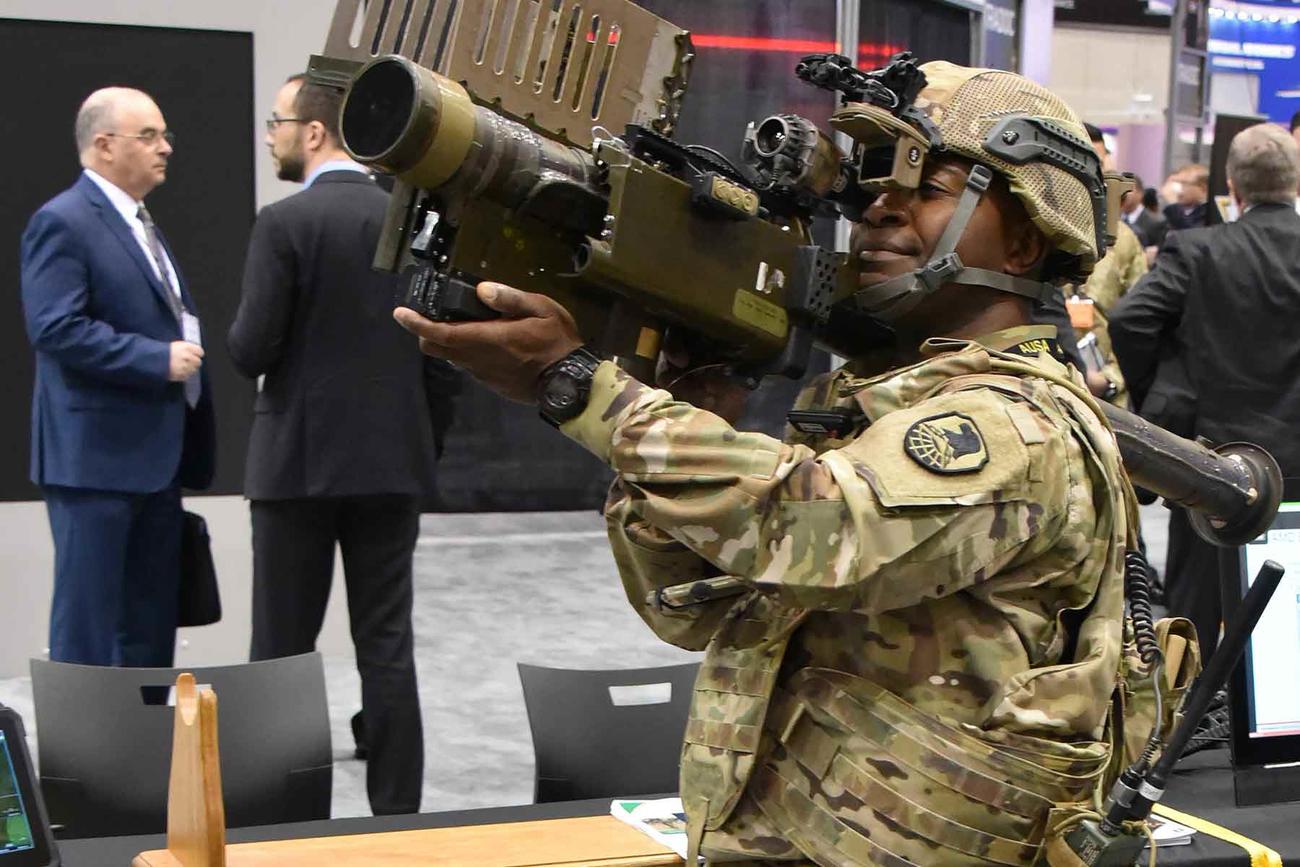 It happens all the time in the exhibit halls of defense conferences: Firms pass out free gear samples, known as “schwag” to soldiers and other service members in uniform.

Many other companies and organizations like to give troops goods and services as a reward for serving their country. But, in general, soldiers are prohibited from accepting gifts given because of their status as a soldier, according to recently released Army guidance.

Military.com talked to John Kent, who is an expert in ethics as the associate deputy general counsel at the Army Office of General Counsel, about the confusing maze of do’s and don’ts for accepting gifts.

In most cases, soldiers are not allowed to accept gifts of more than $20 in value from what’s known as a prohibited source, such as a Defense Department contractor, Kent said.

“It could be everything from an invitation to a gala or a ball; it could be someone offering an individual a watch or tickets to a ball game or it could be an upgraded flight,” he said, explaining that, in many cases, soldiers accept items without realizing they are violating Army policy.

Related: Soldiers’ GoFundMe Campaigns May Get Them in Legal Trouble, Army Warns

That’s why “we are constantly trying to train folks to go over the rules every year because they are not always intuitive. … People might not understand,” Kent said. “A guy like me, I am an ethics attorney, and one of our missions every year is, we train people on the rules to make sure they know what they can and can’t do.”

While military ethics and conflict-of-interest rules are governed by a Defense Department instruction, each military service provides its own guidance to the force about acceptable and prohibited activities.

What surprises many is how many firms are considered DoD contractors, Kent said, describing the list published by the DoD Standards of Conduct Office of companies that hold at least $25,000 in Pentagon contracts.

“It’s surprising; you’ve got everyone from the Walt Disney Company to, of course, Boeing and Lockheed to all sorts of universities. Most universities are DoD contractors,” Kent said. “The list is huge. There are thousands of names on it. If their name is on that list and they are a defense contractor, they are a prohibited source.”

And the rules for gifts also apply to spouses and other family members, he said.

“Gifts given to a soldier’s spouse or family member are also subject to the rules and can therefore be problematic,” Kent said, adding that the rule covers family members in the service member’s household such as parents, siblings, children and dependent relatives.

“The key part is the concern that the gift may have been given to that family member or someone who lives with the soldier because of the soldier’s status,” he explained.

It’s rare that the soldier would face disciplinary action, but it could happen, Kent said.

“We would rather just tell the soldier, ‘we are sorry, you are going to have to return this,’” he added.

Food, snacks and coffee are often a gray area and can be accepted in many cases.

“If you go to a DoD contractor’s plant to visit and talk business, and they set out doughnuts, bagels and coffee or soft drinks, we are allowed to accept those. And the reason is, they are not considered a gift,” Kent said.

Units serving in certain geographic areas, such as combat zones, are often granted exceptions for receiving care packages from companies, he added.

“So if a contractor — a prohibited source — were to make available food stuffs, bags of Starbucks coffee or whatnot, and just put them out on a table where anybody at a particular base or outpost in a geographic area — say, Iraq — and anybody that comes along could take some of those, take samples … that could be an exclusion, depending on all the facts where we might be able to say under the rules this is not [an individual] gift,” Kent said. “It’s essentially a gift that has been made available to all personnel at that outpost.”

There is also a statute that allows the secretary of the Army and his designees to accept gifts for the service that can be shared with soldiers, he said.

“You can have an instance where Starbucks says, ‘Hey, Secretary, we would like to donate $50,000 worth of coffee to you on the condition that you make it available to soldiers who are assigned in Iraq or deployed overseas,'” Kent explained. “Then we would pass it out with no favoritism. [But] you can’t just give it to officers or to senior NCOs. … Now, it’s the Army’s coffee, and the Army can do what it wants with it. And the Army is going to follow the condition of the gift and make it available.”

During Operation Desert Storm, Busch Gardens offered free admission to all military members and their families, another example of an offer that is covered by an exclusion to the gift rule, he said. Anheuser-Busch theme parks still offers military members one free admission per year through its Waves of Honor program, and other organizations, such as Vet Tix, offer donated and discounted tickets for service members to attend major sporting events and concerts.

Those perks are in the clear, Kent said.

“There is an exclusion that says you can accept gifts that are given to all federal employees or all Army employees,” Kent said. “If a commander called me and said, ‘Hey, I heard about this promotion; some of my soldiers want to go up to Busch Gardens and is it OK?’ I’d do my research, and I would come back and say, ‘Yes, it is acceptable.’ There is an exclusion because Busch Gardens is offering this to all military personnel; that allows them to accept the gift.”

One exception to the gift rule that applies to this involves a 2013 Pentagon waiver that allowed only service members in the ranks of E-6 and below to accept items, other than cash, worth more than $20 from charitable and tax-exempt veterans service organizations, he added.

“So, for them, it’s separate. If someone offers them a food bag or a turkey worth 40 bucks, they can accept it,” Kent said.

Kent’s office will at times reach out to organizations offering deals that potentially violate the gift policy to help them be in compliance.

“If we find out that someone is offering or trying to give someone a gift, we usually will talk to them and say, ‘This is a problem. Don’t do this because they can’t accept it,'” he said. “Or sometimes we will tell them they can’t accept it, but maybe we could give them advice — ‘Well, if you do it in [another] way, then maybe they could accept it.’ Most of these organizations, they are on the up and up, and they’ve got no desire to get anyone in trouble. They are trying to help people.”

The rules for accepting gifts are “a little bit complicated” and often nuanced, he said.

“A lot of times, they can do stuff if we just do certain things to get to the right area,” Kent said, offering one more bit of advice.

“It’s never appropriate to accept a gift where the gift is being given with the intent to influence the soldier.”

Read More: Military Romance Scams: Are You a Target?

AUSTIN, Texas — The Department of Veterans Affairs said a registry for veterans exposed to airborne toxins now includes more than 200,000 people as advocates contend better health care is what veterans need, not lists. […]