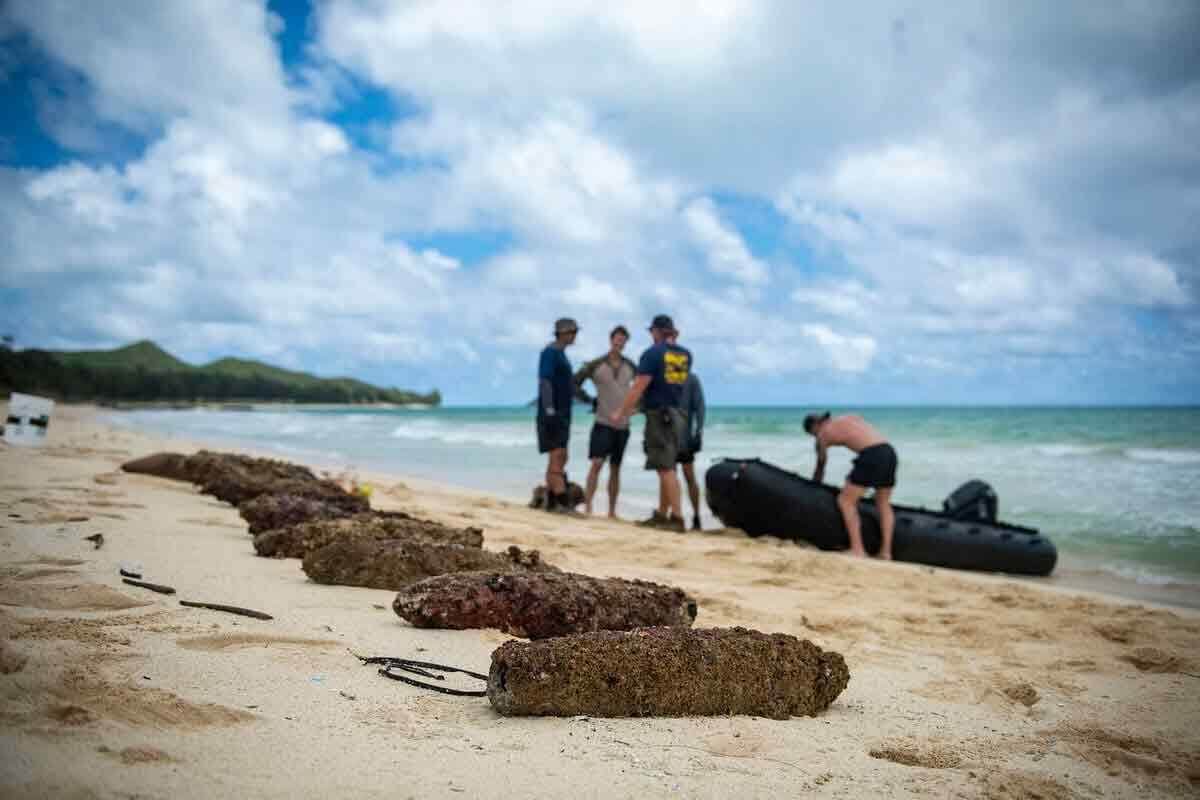 The Navy carried out the controlled explosions Monday in a well-traveled channel between Lanikai Beach and Mokulua North on Oahu, an area also known as Mokunui Islet, The Honolulu Star-Advertiser reported.

A snorkeler reportedly discovered the munitions and contacted the U.S. Coast Guard, which alerted the Navy.

About eight other bombs or ordnance without fuses were moved in an inflatable boat to Bellows Air Force Station ahead of transportation to Pearl Harbor or the U.S. Army’s Schofield Barracks for demolition.

Officials are not sure how the munitions got to where they were found but said they may have been dropped during wartime exercises.

Unexploded ordnance from training exercises before and after the United States entered World War II in December 1941 is routinely discovered in waters off Oahu and on land.

All of the offshore islets are state wildlife sanctuaries. A perimeter path around Mokulua North is the only section visitors are allowed to traverse. The area is also popular with kayakers and stand-up paddlers.

BOSTON — The U.S. National Security Agency says the same Russian military hacking group that interfered in the 2016 presidential election and unleashed a devastating malware attack the following year has been exploiting a major […]

The FBI is crediting sailors at a Texas air station with “potentially saving many innocent lives” when they thwarted what the agency has called a terrorism-related attack at their base Thursday. “The FBI would like […]

IS Extremists Step up as Iraq, Syria, Grapple with Virus

BAGHDAD (AP) — The man wearing an explosive vest emerged from a car and calmly marched toward the gates of the intelligence building in Iraq’s northern city of Kirkuk. When he ignored their shouts to […]