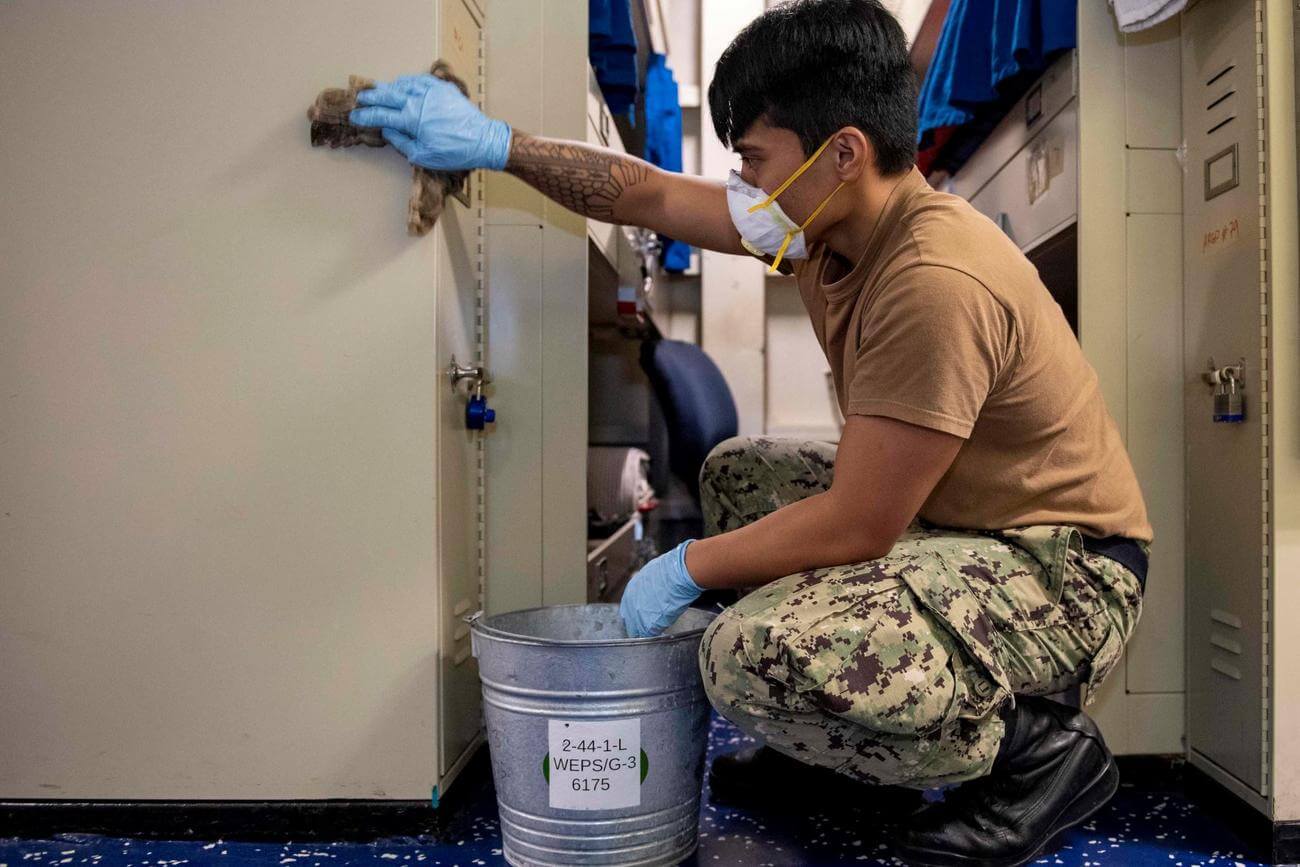 U.S. Sen. Mazie Hirono and nine other Democratic U.S. senators sent a lengthy letter to Defense Secretary Mark Esper blasting him for what they say has been a haphazard, nontransparent and sometimes risky Pentagon response to.

Among other things, they question the decision to have the aircraft carrier USS Theodore Roosevelt conduct a port call in Vietnam — which preceded a highly publicized outbreak — at a time when the virus was spreading.

Esper’s decision not to share installation-specific coronavirus data “has sowed fear within both military and civilian communities, and made response even more difficult, ” the group said.

Although the Defense Department made the decision to report only COVID-19 totals at the service level, a U.S. official told the Honolulu Star-Advertiser that as of Wednesday, Hawaii’s military had just under 40 active coronavirus cases for uniformed members, dependents and military civilians. That compares to just over 30 cases on April 9.

“We write to express our grave concern regarding the Department of Defense’s failure to adequately respond ” to the ongoing coronavirus pandemic, ” the senators said in the eight-page letter. “Civilian leadership of the department has failed to act sufficiently quickly, and has often prioritized readiness at the expense of the health of service members and their families.”

Chief Pentagon spokesman Jonathan Hoffman said in response that it is “unfortunate ” the letter “cherry-picked false and repeatedly debunked assertions that do not reflect reality.” The Defense Department has “worked to find the right balance of protecting our people and protecting America, ” Hoffman said in a statement.

The secretary of defense is responsible for nearly 3 million people at thousands of locations and 400 bases in 150 countries doing “incredibly different jobs, ” he said. “Therefore, the military practice is to provide guidance and allow commanders to interpret that guidance in accordance with their missions.

“Diverse missions have diverse levels of flexibility–a nuclear sub, a bomber cockpit and an office building in a major city are all distinct DOD environments, ” he said.

Hirono and the other senators, however, cited news reports that Esper urged military commanders overseas not to make any decisions that might surprise the White House and that they should check in before making decisions related to protecting the troops.

“Your inability or unwillingness to issue clear, department-wide guidance has forced the services and local commanders to make their own decisions on a case-by-case basis, ” the senators said. “Although local commanders know their units and operating environments better than anyone in the Pentagon, they are not public health experts. And they are now left to make decisions they should never have to make.”

The USS Theodore Roosevelt, with nearly 5, 000 crew members aboard, proceeded with a five-day port call to Danang, Vietnam, on March 5 “despite risk to sailors’ health from the pandemic, ” the letter said.

The Navy responded to the potential danger of port calls on Feb. 28 with a directive from U.S. Pacific Fleet ordering all ships in the Western Pacific to wait at least 14 days between port calls, according to the group.

But Vietnam had few coronavirus cases at the time of the Roosevelt’s stop and the visit–just the second for a U.S. aircraft carrier since the Vietnam War ended in 1975–was deemed important for military relations with the country.

With a coronavirus outbreak on the ship, it pulled into Guam on March 27. The ship’s commander, Capt. Brett Crozier, was relieved of duty for seeking extra help outside the chain of command. In a March 31 memo, Crozier had said the disease was accelerating, “we are not at war ” and that decisive action was needed.

The Navy said Wednesday that hundreds of sailors began the transition from quarantine back to the aircraft carrier as the ship prepares to return to sea “after a bow-to-stern deep-cleaning process.”

Earlier this week, the ship’s crew had about 940 positive cases, CNN reported. More than 4, 000 sailors who tested negative for COVID-19 have been in quarantine in hotels off base, the Navy said.

Also on Wednesday, Acting Secretary of the Navy James McPherson said he had “unanswered questions ” about the events surrounding the COVID-19 outbreak on the Roosevelt, and directed a follow-up command investigation.

“This investigation will build on the good work of the initial inquiry to provide a more fulsome understanding of the sequence of events, actions and decisions of the chain of command surrounding the COVID-19 outbreak, ” McPherson said.

The Pentagon on Tuesday released the identity of a 25th Infantry Division soldier who died this week while serving in Iraq. Sgt. Christopher Wesley Curry died in a non-combat incident Monday in Erbil, Iraq, while […]

Researchers at the Department of Veterans Affairs and University of California-Los Angeles are studying whether a chemotherapy drug for prostate cancer can help reduce the severity of COVID-19 in men. The VA announced last week […]

As the Military Restarts Elective Surgeries, Some Troops Will Have Top Priority

Patients in the military health system whose scheduled or planned surgeries were postponed by the COVID-19 pandemic may soon be able to set up their procedures, under guidance released Thursday by the Defense Department. Military […]