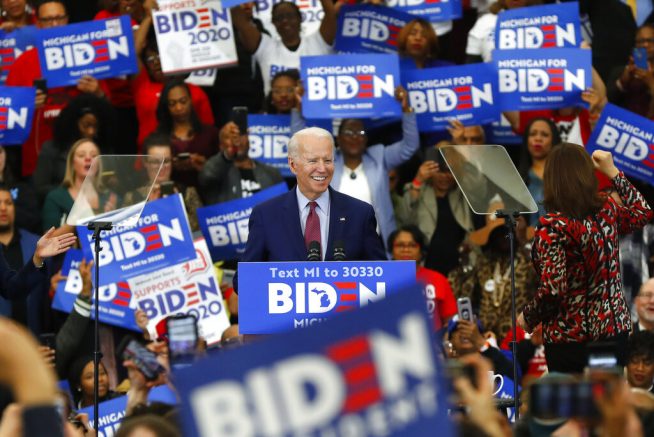 Voters cited his continued gaffes as a reason why they’re hesitant to support him.

Nearly two thirds of Republicans are either “very or extremely excited” to reelect President Trump, while 57 percent of all voters believe he will win the election. Several remained largely disappointed in Democrat leadership, due to their apparent double standard in handling Tara Reade’s claim and allegations against other politicians. 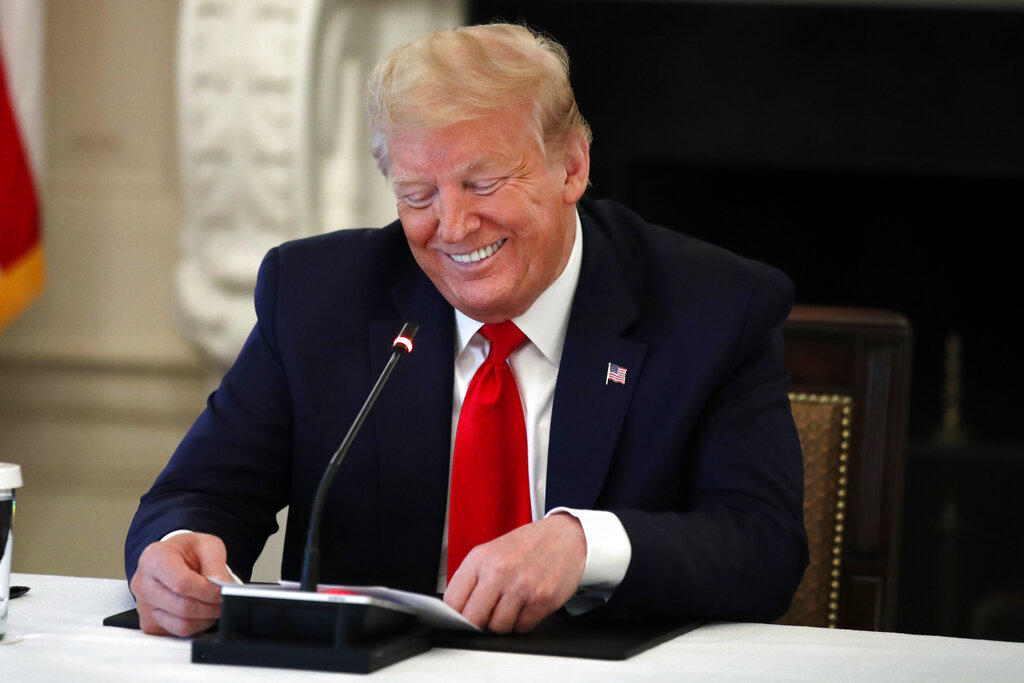 President Donald Trump smiles during an event about reopening the country, with industry executives, in the State Dinning Room of the White House, Wednesday, April 29, 2020, in Washington. (AP Photo/Alex Brandon)

President Trump has since highlighted his approval rating among Republicans and the nation as a whole. On Saturday, he announced over Twitter that he has a “96 percent approval rating in the Republican Party.”

He also cited a new Gallup poll, which reportedly showed he now has the highest ever approval rating overall and that he’s ahead of Biden.

Meanwhile, the Democratic Congressional Campaign Committee (DCCC) began ramping up its online campaigning efforts this week. The DCCC announced the launch of their Virtual Action Center on Friday, which will encourage volunteers to host and attend virtual campaign events near them.

“Right now in communities across America, we are building an army of digital organizers and connecting them directly with our campaigns,” explained Executive Director Lucinda Guinn. “Democrats are going to need all hands on deck if we’re going to protect and expand our House majority.”

Democrats took control of the House in 2018 by 15 seats and are looking to maintain that strong hold.

SURFSIDE, FLORIDA – AUGUST 10: Florida Gov. Ron DeSantis waits to present a check to a first responder during an event to give out bonuses to them held at the Grand Beach Hotel […]

How the COVID-19 Pandemic Is Damaging Children’s Vision

A rise in nearsightedness could grow worse as children spend more time indoors on devices Eye doctors had planned to celebrate 2020 as the year of vision (as in seeing 20/20). Instead, it will be […]