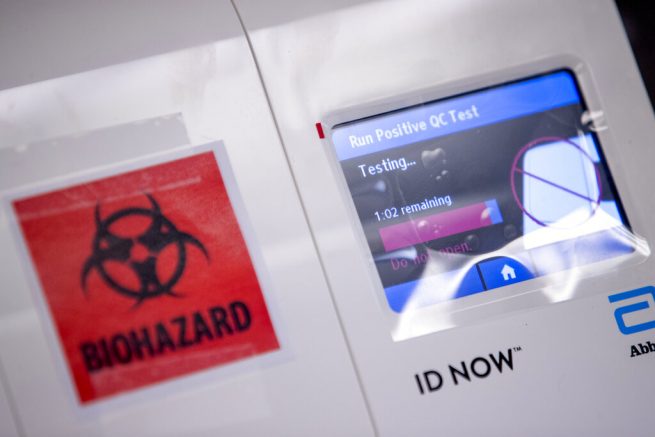 Dr. Justin Jacob with the D.C. Department of Forensic Sciences runs a sample COVID-19 test inside a mobile testing lab unit that will begin testing in response to the Coronavirus outbreak, Tuesday, April 28, 2020, in Washington. (AP Photo/Andrew Harnik)

The Office of the Director of National Intelligence recently issued a press release, saying it agrees with the widely held scientific stance on the origins of COVID-19. The Intelligence Community’s first definitive statement was released Thursday and asserted the virus was not purposefully made in a lab.

This came in contrast to several allegations put forward, which claimed China intentionally created and released the virus as a bioweapon.

Trump administration officials have reportedly been pushing intelligence agencies to look into the matter. They specifically wanted to focus on the Wuhan Institute of Virology.

Despite the intelligence and research communities’ lack of support for the theory, President Trump has said there’s substantial evidence supporting the theory the virus originated in the Wuhan lab.

“It came out of China and it’s not acceptable what happened. Now what we’re doing, Jim, is we’re finding out how it came out. Different forms, you know, you’ve heard all different things. You’ve heard three or four different concepts as to how it came out. We should have the answer to that in the not too distant future.” – Donald Trump, 45th President of the United States 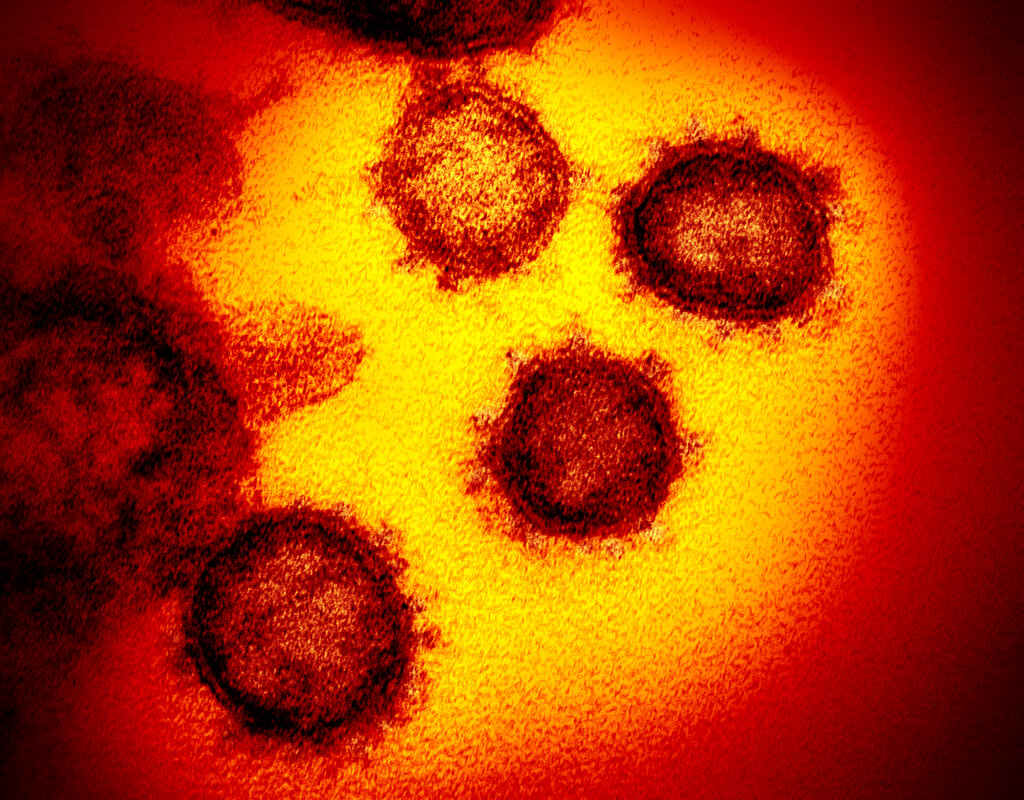 FILE – This undated electron microscope image made available by the U.S. National Institutes of Health in February 2020 shows the Novel Coronavirus SARS-CoV-2. Also known as 2019-nCoV, the virus causes COVID-19. (NIAID-RML via AP)

When asked about evidence supporting the theory, the president claimed he could not speak on classified information.

Intelligence and scientific leaders believe the virus was spread in a natural way from animals to humans via farming, hunting or the transportation of wild animals.

However, the Department of National Intelligence has stated it will continue to “rigorously” examine emerging information to determine whether the virus emerged through transmission from an animal or an accident in a Chinese lab.

Nancy Pelosi On Capitol Hill Rioters: They chose their whiteness over democracy

FILE – In this Dec. 13, 2019, file photo, Ohio Gov. Mike DeWine speaks about his plans for the coming year during an interview at the Governor’s Residence in Columbus, Ohio. (AP Photo/John Minchillo, File) […]