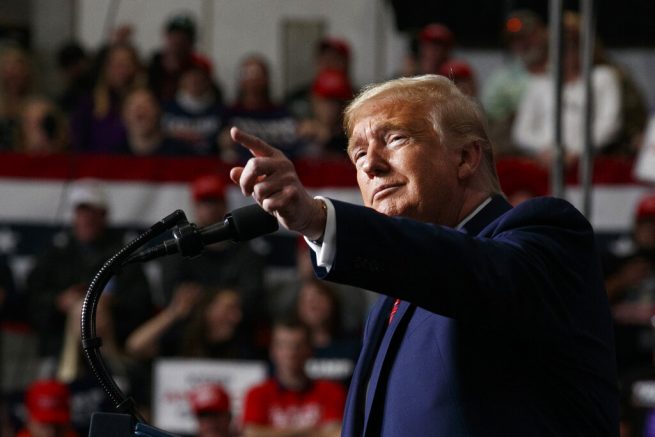 A Florida state representative said he believes President Trump will find overwhelming success among minority communities in the November elections.

Rep. Byron Donalds, who is running for the Republican nomination in Florida’s 19th Congressional District, made that prediction during an interview over the weekend.

Donalds said he expects the president will “reap the benefits” of his campaign’s efforts as he says his outreach has encouraged more minorities to take a closer look at which political party aligns with their beliefs.

“The president has done a tremendous job…probably the first president in my time that’s actively tried to court and actually speak to minority voters and black voters in particular,” he stated. “I think black voters, we typically end up more conservative than the Democrat Party, so when it comes to economic policy, school choice, life issues…those things line up with our core at home.”

Donalds went on to predict that more black conservatives will head to the polls and be more bold in their political stances because of the president’s efforts.

Sometimes we have the best intentions and push ourselves into becoming the best version of ourselves. We look in the mirror and say, “Today is the day I take a good look at myself and […]

In this image from video, House impeachment manager Rep. Joaquin Castro, D-Texas, speaks during the second impeachment trial of former President Donald Trump in the Senate at the U.S. Capitol in Washington, Wednesday, Feb. 10, […]