The 107-country Outer Space Treaty signed in 1967 prohibits nuclear, biological, or chemical weapons from being placed or used from Earth’s orbit. What they didn’t count on was the U.S. Air Force’s most simple weapon ever: a tungsten rod that could hit a city with the explosive power of an intercontinental ballistic missile.

During the Vietnam War, the U.S. used what they called “Lazy Dog” bombs. These were simply solid steel pieces, less than two inches long, fitted with fins. There was no explosive – they were simply dropped by the hundreds from planes flying above Vietnam.

Lazy Dog projectiles (aka “kinetic bombardment”) could reach speeds of up to 500 mph as they fell to the ground and could penetrate nine inches of concrete after being dropped from as little as 3,000 feet

The idea is like shooting bullets at a target, except instead of losing velocity as it travels, the projectile is gaining velocity and energy that will be expended on impact. They were shotgunning a large swath of jungle, raining bullet-sized death at high speeds.

That’s how Project Thor came to be.

Instead of hundreds of small projectiles from a few thousand feet, Thor used a large projectile from a few thousand miles above the Earth. The “rods from god” idea was a bundle of telephone-pole sized (20 feet long, one foot in diameter) tungsten rods, dropped from orbit, reaching a speed of up to ten times the speed of sound. 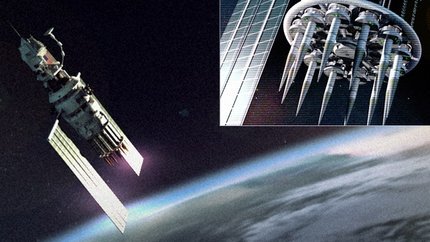 A concept design of Project Thor.

The rod itself would penetrate hundreds of feet into the Earth, destroying any potential hardened bunkers or secret underground sites. More than that, when the rod hits, the explosion would be on par with the magnitude of a ground-penetrating nuclear weapon – but with no fallout.

It would take 15 minutes to destroy a target with such a weapon.

One Quora user who works in the defense aerospace industry quoted a cost of no less than $10,000 per pound to fire anything into space. With 20 cubic feet of dense tungsten weighing in at just over 24,000 pounds, the math is easy. Just one of the rods would be prohibitively expensive. The cost of $230 million dollars per rod was unimaginable during the Cold War. 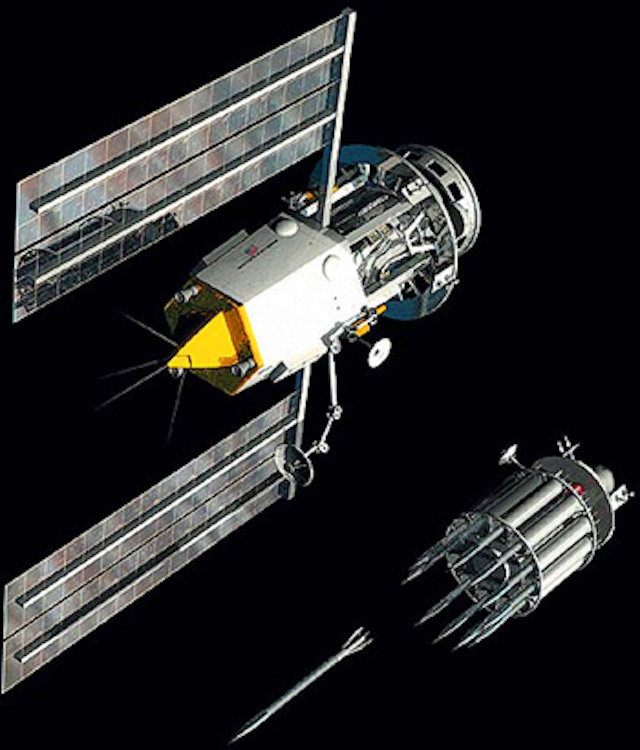 These days, not so much. The Bush Administration even considered revisiting the idea to hit underground nuclear sites in rogue nations in the years following 9/11. Interestingly enough, the cost of a single Minuteman III ICBM was $7 million in 1962, when it was first introduced ($57 million adjusted for inflation).

The trouble with a nuclear payload is that it isn’t designed to penetrate deep into the surface. And the fallout from a nuclear device can be devastating to surrounding, potentially friendly areas.

“Someone dropped a penny from the Empire State Building again.”

The EMS subspecialty of tactical medicine and the role of the tactical medic is not a new concept. Bringing medical intervention to the arena of battle predates Napoleon’s directive for having an ambulance near the front lines […]

In Ripon, Wisconsin, former members of the Whig Party meet to establish a new party to oppose the spread of slavery into the western territories. The Whig Party, which was formed in 1834 to oppose […]