News Ticker
In its relentless pursuit of nuclear strength, North Korea’s first land target may have actually been itself. The Diplomat reported Wednesday that an intermediate range ballistic missile launched by the regime last spring accidentally hit the city of Tokchon, which has a population of more than 200,000.

The missile was launched from an airfield just over 40 miles north of North Korea’s capital city of Pyongyang.

An unnamed U.S. official explained to The Diplomat that due to an engine malfunction, the projectile made it only a minute into its test flight and traveled about 25 miles northeast before hitting the ground. 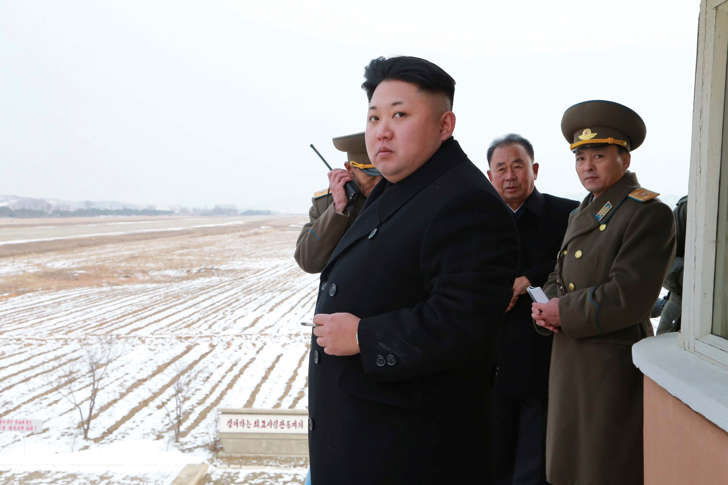 © KCNA/Reuters North Korean leader Kim Jong-un in Pyongyang, Dec. 8, 2014.The Diplomat cross-referenced the failed missile’s approximate landing site with Google Earth and other satellite imaging to find that the suspected landing area did indeed seem to show signs of “considerable damage to a complex of industrial or agricultural buildings.”

While there have been no confirmed reports of deaths in Tokchon as a result of the failed missile test, the images published by The Diplomat seem to show that the missile came perilously close to exploding in more densely inhabited areas, marking the risk of test launches.

North Korea has launched two ballistic missiles since August, both of which flew over Japan and landed cleanly in the Pacific Ocean — but one concerning possibility put forward by The Diplomat is that a future missile could explode prematurely over Japan, which would “spark a serious crisis in Northeast Asia.”

NBC News reported Tuesday that U.S. officials believe North Korea may be preparing for another missile test “in the next week or two.”