News Ticker
CNN Furious because Sara Sanders suggested they had at times knowingly pushed false stories to the public. CNN held up Brian Ross’s bad reporting as an example of on “Honest Mistake” and tried to hide their own history of Bad Reporting behind Brian Ross’s “Honest Mistake.”
How DARE CNN even deny those charges. They should be hanging their heads with the admonition, however they have the nerve to stand there before the American Public and act as if their history of completely unaccountable erroneous reporting for financial purposes, was an honest mistake.
If the Journalists working for CNN are trying to make a career as an Honest Journalist, this would seem to be an issue to take up with ones own editors, whose grossly biased slant as a platform in general, taints everyone in their employ. Don’t stand there with a CNN Pin on and Profess your Innocence, then go use the official CNN slander machine to pontificate about feigned and bogus innocence.
You cannot regain credibility by lying, and then lying about lying when you get caught. This is the same strategy employed by the Clinton Campaign, and it has not produced ANY good results after putting it in to practice.

Which is, of course, her right. The relationship between any White House and any press corps tasked with covering that White House is almost always fraught and fractious.
But, on Monday, Sanders made an accusation that went way, way beyond the pale of the usual give and take between White House and press corps. Here’s what she said:
“There’s a very big difference between making honest mistakes and purposefully misleading the American people. Something that happens regularly. You can’t say — I’m not done. You can’t say that it’s an honest mistake when you are purposely putting out information that you know to be false or when you’re taking information that hasn’t been validated, that hasn’t been offered any credibility and that has been continually denied by a number of people including people with direct knowledge of an incident. This is something that — I’m speaking about the number of reports that have taken place over the last couple of weeks. I’m simply stating that there should be a certain level of responsibility in that process.”
Yes, there is a big difference between honest mistakes and purposely misleading people by reporting information that you know to be false. But, there’s absolutely zero evidence — cited by Sanders or anyone else in the Trump administration — that any reporter covering the Trump White House has published something they knew to be false. Not any. (If there was any, by the way, that reporter should be fired immediately.)
The example Sanders cited — when prompted to back up her outrageous claim — was that of Brian Ross’ reporting on ABC.
“I think that was pretty misleading to the American people, and I think that it’s very telling that that individual had to be suspended because of that reporting,” said Sanders. “I think that shows that the network took it seriously and recognized that it was a problem.”
As a reminder, Ross reported, citing a single source, that former national security adviser Michael Flynn was prepared to testify to special counsel Robert Mueller that then-candidate Donald Trump had directed him to reach out to the Russians. Ross corrected his reporting the same day, noting that his source was wrong on the timing — that Trump had told Flynn to reach out to the Russians as president-elect. Ross was suspended for a month and will not report on the White House going forward.
There’s no question that Ross’ reporting was misleading. And that it was taken by lots of people who oppose Trump’s presidency as game, set and match on collusion. It was a big mistake made even worse by the fact that Ross relied on a single source rather than at least two sources, which is long-standing journalistic practice.
But, but, but. Nowhere in anything we know about Ross’ erroneous reporting is there even a whiff of intentionality. Where is the evidence that Ross purposely pushed out the Flynn-Trump report — knowing it was wrong — solely to make Trump look bad?
There is a massive difference between making an honest mistake — in this case trusting a source too much — and purposeful intent to deceive. A massive difference.
Think of it this way: I am up to bat with the bases loaded and my team down one run in the bottom of the ninth inning of the seventh game of the World Series. I strike out. Game over. My team loses.
If I tried my best to hit the ball but failed, that means one thing.
If someone paid me $50,000 to strike out anytime I was up in an important moment in the game, that’s something else altogether. It’s not even in the same, ahem, ballpark.
Mistakes like the one made by Ross amount to striking out with the bases loaded while trying to get a hit. He was trying to get the story right — and failed. What Sanders is alleging is the latter — that reporters are, as an industry, pushing out things they know to be false because they hate Trump and want him to fail. You can’t make a claim like that with zero supporting evidence.
I can only hope that Sarah Sanders doesn’t believe what she said on Monday but rather was simply parroting the oft-expressed views of her boss when it comes to the media’s motives.
“Very little discussion of all the purposely false and defamatory stories put out this week by the Fake News Media,” Trump tweeted on Sunday afternoon. “They are out of control – correct reporting means nothing to them. Major lies written, then forced to be withdrawn after they are exposed…a stain on America!”
“Purposely false and defamatory.” I mean, I just can’t.
There is no question these past seven days haven’t been good ones for the media. We’ve screwed things up. We’ve taken actions to address those mistakes. We need to do better. Period.
But, to suggest — or believe — that the mistakes made by the media, including CNN, are purposeful is beyond offensive to anyone who spends their days in this profession. Is it possible there is a bad apple or two? Yup. Just like in every profession ever. But the vast, vast majority of journalists work like hell to get it right and beat themselves up for weeks and months when they make an honest mistake. 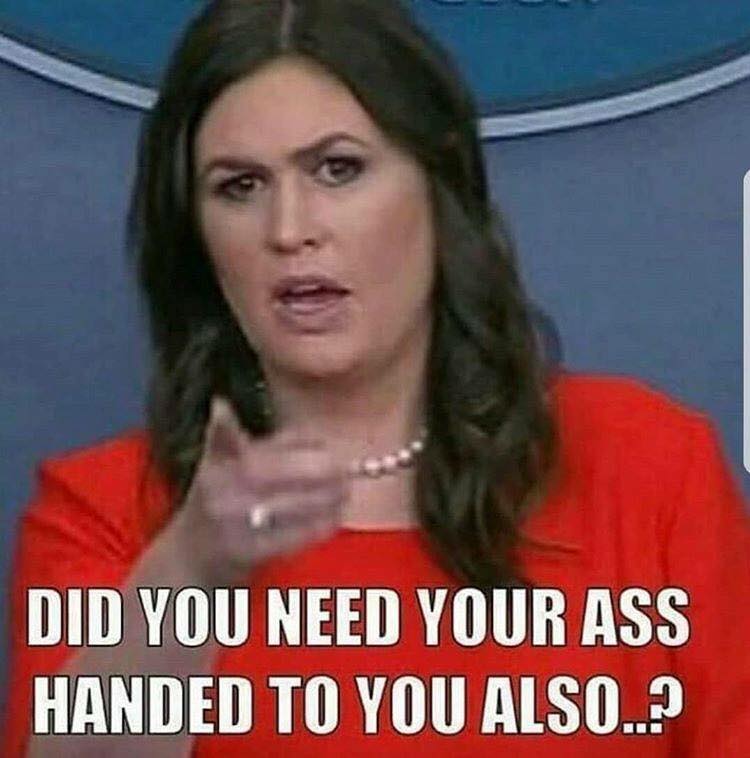