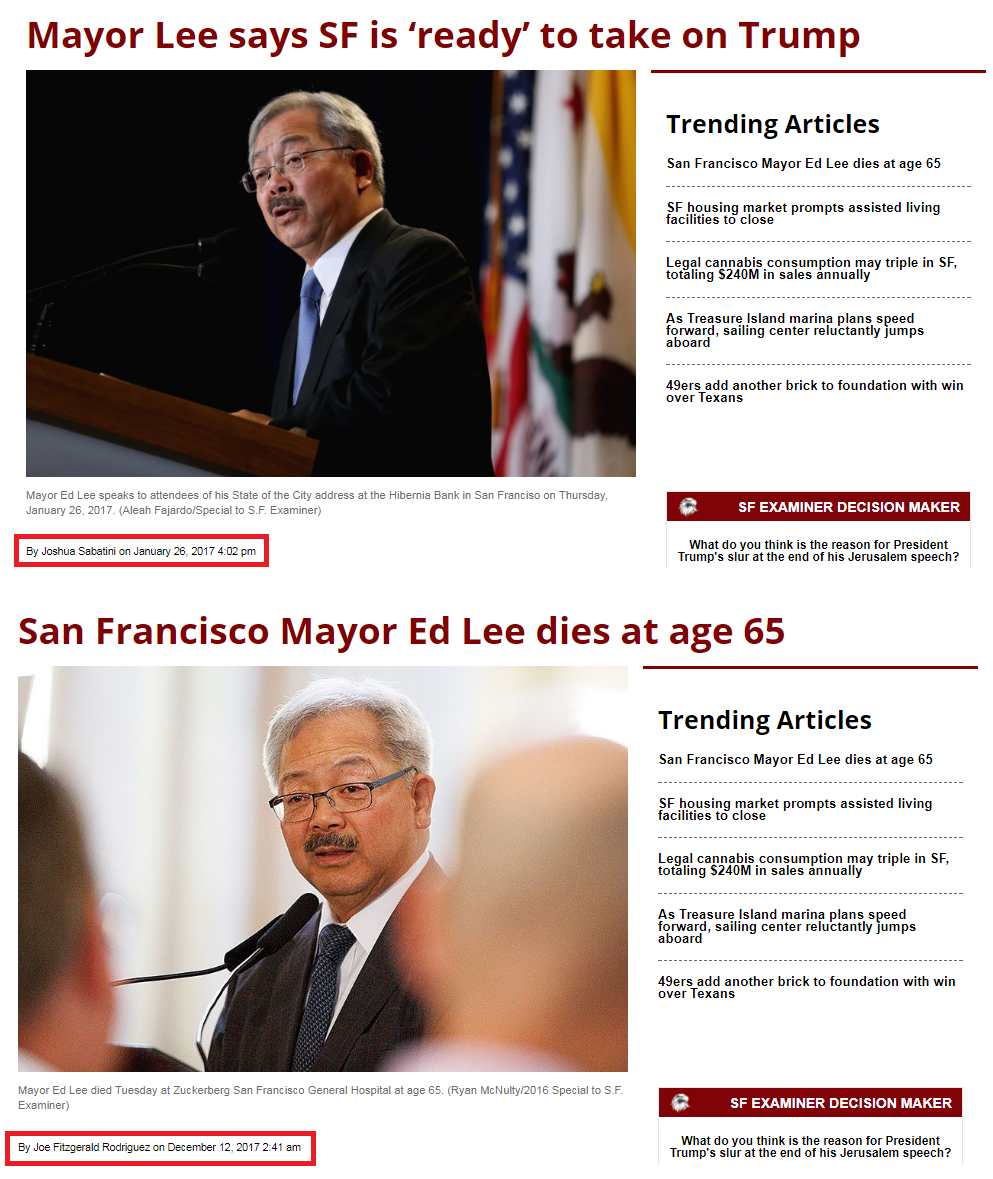 Appointed mayor by the Board of Supervisors in 2011 to replace Mayor Gavin Newsom, Lee won reelection in 2015. Lee was known as a major supporter of San Francisco’s controversial “sanctuary city” policy, which became a major news and political story in particular during the last two years of Lee’s tenure after the death of Kate Steinle at the hands of a five-time deportee.

“It is with profound sadness and terrible grief that we confirm that Mayor Edwin M. Lee passed away on Tuesday, December 12 at 1:11 a.m. at Zuckerberg San Francisco General Hospital. Family, friends and colleagues were at his side,” his office said in a statement. “Our thoughts and prayers are with his wife Anita, his two daughters, Brianna and Tania, and his family.”

London Breed, the Board of Supervisors president, will become the city’s acting mayor.

Lee had previously served as the director of San Francisco’s Human Rights Commission from 1991 to 1996, and then became city administrator from 2005 to 2011.

The policy became a nationwide issue after Steinle was shot and killed by Jose Ines Garcia Zarate in 2015. Zarate was deported five times and was released from San Francisco’s jail despite a federal request to detain him for deportation several weeks before the deadly shooting.

What is going on in Michigan? We did some digging and found out this isn’t the first time

Officially, I cannot endorse fake news of any kind. We have attempted to, and are continuing to attempt to prove the validity of the story, which I personally believe was an explainable phenomenon resulting in […]

Winter presents unique challenges for everyone and everything, especially when you’re experiencing a “bombogenesis”. So, obviously having a working firearm is crucial in any situation. Ask the Marines at the Chosin Reservoir as their guns […]

With a Stroke of a Pen, PA Governor Wolf Limits Firearm Rights by Proclaiming State of Emergency