Delta airline passengers were informed that there was an deceased American Soldier on board, being accompanied home by his best friend also a soldier in uniform. When the passengers decide to sing the National Anthem to honor the fallen soldier as he is removed from the plane on American Soil, they are told by a fight attendant, that it is against company policy to sing the National Anthem on board the plane.

In the video, Pam Gaudry, wife of a deceased 20 year Navy Captain, expresses her shame at not having the courage to sing the Anthem for a fallen American Soldier on American soil. Pam goes on to say she has shared this video in hopes that America will find it’s courage and voice, and not be told that they cannot support God and Country for fear it might offend someone.

In a commemorative message on Roosevelt Day, John F. Kennedy said the following: 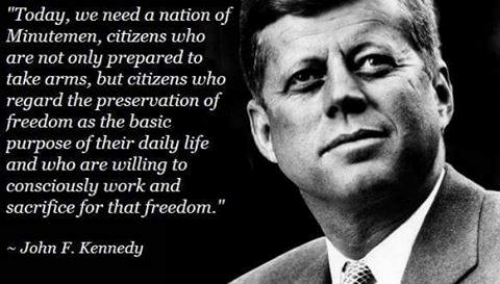 “In my own native state of Massachusetts, the battle for American freedom was begun by the thousands of farmers and tradesmen who made up the Minute Men — citizens who were ready to defend their liberty at a moment’s notice. Today we need a nation of minute men; citizens who are not only prepared to take up arms, but citizens who regard the preservation of freedom as a basic purpose of their daily life and who are willing to consciously work and sacrifice for that freedom. The cause of liberty, the cause of America, cannot succeed with any lesser effort. ”

We at Minutman Militia agree with Kennedy, and Pam Gaudry. Your service as a Minuteman may be as small as having the courage to sing the National Anthem when you know in your heart it is the right thing to do, but stand before the face of opposition.

As an American People, our survival rely’s on the Patriot speaking his or her heart. Sometimes, one voice in the darkness can give another hope, or help the lost find their way.

You can be a Minuteman in your heart, if you have Courage.

Pam did an outstanding job, even in the face of failure, standing up and coming back to fight again. Also in the words of Kennedy, “An error does not become a mistake, unless we fail to correct it.” For this, Pam, we think you’ve earned “The Freedom Award” 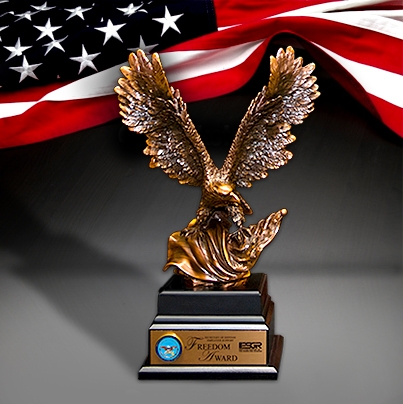 Erasing the lessons of History

What is happening today in the EU may be worse than watching an iron curtain fall across Eastern Europe.  The one thing that has made Western Europe great, was its long rich history, culture and […]

CHRISTMAS IN THE WHITE HOUSE: This Year Many Americans Will Rest Easier Knowing God is Welcome in the White House

WASHINGTON (AP) — The White House unveiled a Christmas Trailer featuring the First Lady, that seems to shout Oh Joyous Season, as Trump makes it clear that Christmas is Back in America.  Ballerinas leaping to the […]