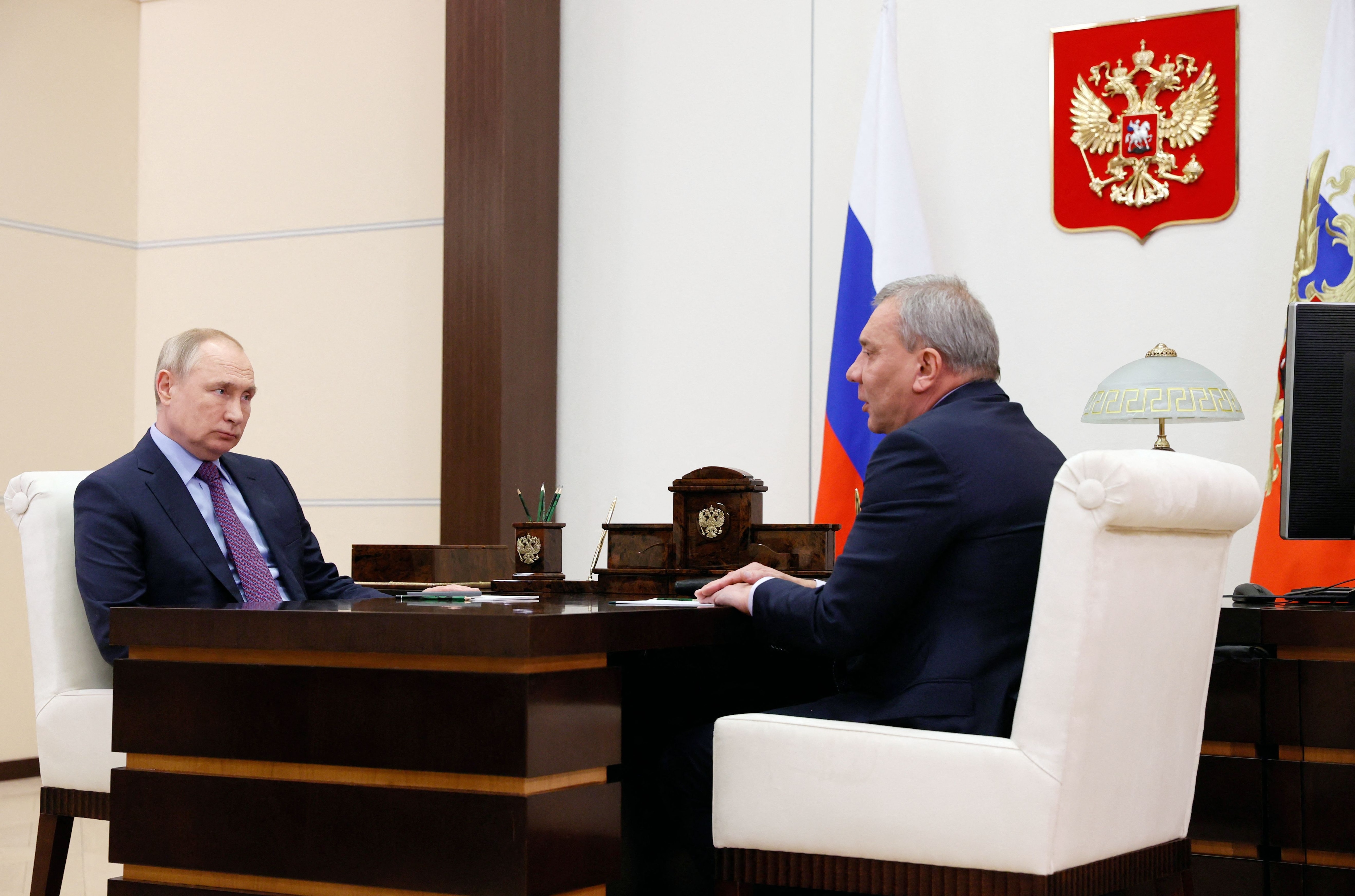 Russian armed forces have used a laser weapon against a drone in Ukraine, the Kremlin’s deputy prime minister claimed Wednesday on a local television station.

“Our physicists have developed and are now mass-producing laser systems,” Yuri Borisov said, adding this system used in Ukraine destroyed the drone “within five seconds.”

This is the first time Borisov, a senior civilian official who oversees Russia’s defense sector, has said a new weapon was used in Ukraine.

Ukrainian President Volodymyr Zelenskyy said Wednesday the claim reflects Moscow’s desire to find an alternative to missiles. According to Zelenskyy, Russia has fired more than 2,000 missiles since the invasion began Feb. 24, with the majority hitting civilian infrastructure and bringing no strategic military benefit.

Borisov seemed to admit as much, noting a laser weapon offers economic advantages to using the expensive missiles fired by its Tor and Pantsir anti-aircraft systems.

A senior U.S. defense official said Wednesday the U.S. has seen nothing to corroborate Russia’s claims that it used laser weapons in Ukraine. The official spoke on condition of anonymity to discuss the U.S. military assessment.

The laser system, which was reportedly on an armored truck, has been dubbed Zadira, which loosely translates to “Bully” in English. Defense officials first discussed the weapon during the Army 2017 defense expo in Russia.

Russia’s Defense Ministry signed a contact in August 2017 with the Russian Federal Nuclear Center for research and development of the Zadira-16. The center, based in Sarov, in the Nizhny Novgorod region, is part of the Rosatom State Atomiс Energy Corp. and is known for producing the first Soviet-era nuclear bomb.

Russia also claims to have another laser system in its arsenal, called Peresvet, named after an ancient Russian warrior. Moscow has been tight-lipped about the system, but Borisov noted the main difference between the two is that Peresvet “blinds” an enemy system, whereas Zadira destroys it.

Russian President Vladimir Putin first discussed the Peresvet in his state of the nation address in March 2018. He said at the time that by creating such complex technology, Russia is “several steps ahead” of other countries.

“Any armed conflict is used for testing, etc., of new weapons and equipment, either openly or covertly, and the conflict in Ukraine is certainly no exception,” Ruslan Pukhov, head of the Centre for Analysis of Strategies and Technologies think tank based in Moscow, told Defense News.

During the ongoing war, Ukraine has used Turkish-made Bayraktar TB2 drones, which have proved effective against Russian tanks. Russia’s response to the TB2 fleet is its Okhotnik combat drone, expected for delivery to the Russian military by 2023, Sergey Chemezov, the head of defense conglomerate Rostec, told Putin on May 18 during a televised meeting.