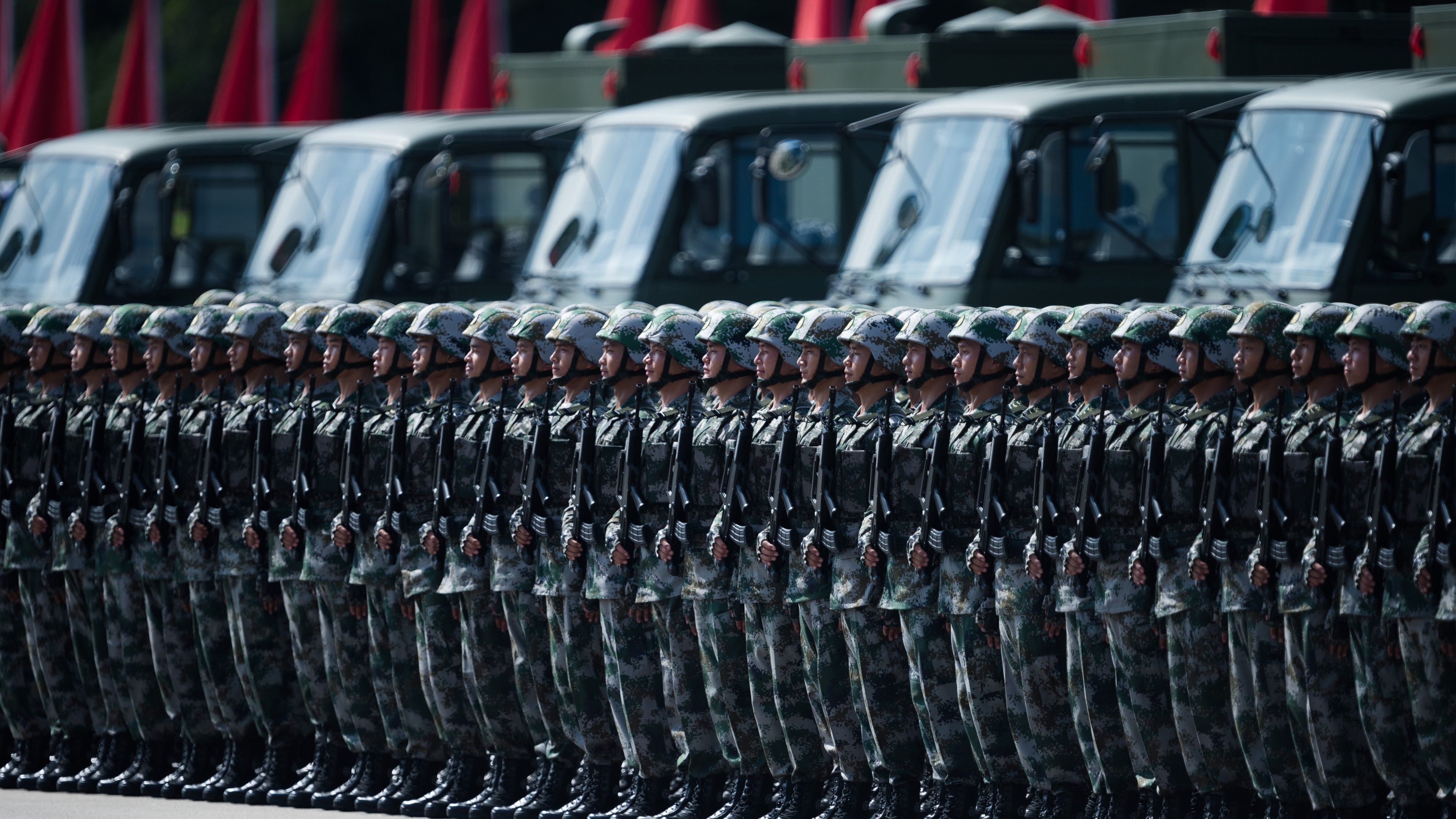 The Army released a brand-new comprehensive — and unclassified — assessment of China’s military strategy, structure, capabilities and tactics in early August.

“Chinese Tactics,” the new Army Techniques Publication 7-100.3, is part of a series of publications that aim to provide updated unclassified assessments of the tactics and capabilities utilized by potential U.S. adversaries in combat. The Army released a manual on North Korean tactics earlier last year, and Army officials have said there are similar guides forthcoming that analyze Russia and Iran’s tactics as well.

“While some of the material is also in other U.S. Government publications, these manuals are unique in the level of detail they provide,” explained Jennifer Dunn, a senior Army Training and Doctrine Command intelligence analyst, in an article discussing the publications. “These assessments are based on the most up-to-date information available. Subject matter experts within the Department of Defense and intelligence communities have vetted them, ensuring their veracity and applicability to the greater Army training and intelligence community.”

The 252-page document “serves as a foundation for understanding how Chinese ground force think and act in tactical operations,” its preface says. Army writers compiled it from intelligence products, translated Chinese military doctrine and other sources.

The driving principle of China’s warfighting philosophy is one of “active defense,” the manual says.

This is “a fundamentally defensive political and strategic stance,” the authors explain, but one “enabled — when required — by operational and tactical offense.”

People’s Liberation Army thought has evolved in recent years to acknowledge that China “may have to become involved in local or regional conflicts in order to maintain the regional or international economic order, protect the CPC, or otherwise support Chinese economic or political interests.”

The publication explains that the PLA and China Militia have been downsizing somewhat for decades in pursuit of modernization — a “quality over quantity” approach — while not sacrificing the massive manpower advantage that drives PLA tactics.

The report highlights China’s missile and rocket capabilities, as well. The PLA even has a “Rocket Force” as a branch of its military, described as “the largest missile force in the world, operating well over 1,000 short-range, medium-range, and intercontinental ballistic missiles (ICBMs) and over 300 long-range cruise missiles.”

And when it comes to missiles and rockets, “there is not a U.S. equivalent to [the PLA’s Rocket Force].” Chinese planners think that those missiles, in addition to an emphasis on rocket artillery in the PLA ground force, can help make up for what the still-modernizing PLA Air Force lacks in both fixed-wing and rotary-wing close-air support capability.

Amid recent reforms, the PLA Army has transitioned to a brigade-driven organization that has almost entirely eliminated its operational division and corps headquarters.

The Army assesses that the PLA’s combined arms brigades are “similar in size, capability, and organization to the U.S. Army’s brigade combat team.”

“It is entirely possible that [China] was influenced by BCT organization when designing the CA-BDE,” the publication says.

The maneuver component of the combined arms brigades varies depending on whether the unit is motorized, mechanized, or armored.

The PLA Marine Corps consists of six light brigades that are similar in structure to the PLA Army brigades, but they are considered to be more capable of expeditionary operations — or amphibious assault.

That force includes two light brigades that could respond in a manner similar to the 82nd Airborne Division’s Immediate Response Force, the manual says. But the PLA AF only has the assets to deploy two airborne light brigades at once, or half of a mechanized brigade.

“[PLA] SOF brigade operations generally do not focus on training or interacting with foreign militaries; they instead focus on direct action—deep reconnaissance and commando operations in support of group army operations,” the document reads. “SOF brigades are more similar to U.S. Army Ranger light infantry and long-range reconnaissance units than traditional [American] SOF.”

Another key part of China’s approach to fighting is “system warfare,” the manual says.

System warfare is the act of targeting and disabling the enemy’s capabilities — such as communications, information systems, or ISR — to create favorable conditions to isolate and overwhelm enemy ground units.

This system warfare approach nests well with the PLA’s emphasis on psychological warfare, the publication explains.

“An opponent may believe its position untenable by having vulnerable nodes of its systems rendered ineffective, rather than having the entire system destroyed,” it says. “An opponent may view continued resistance as futile — not because of the direct threat of physical force — but because it has been deceived into thinking its situation is hopeless.”

Thus psychological operations, considered to be SOF territory in the U.S. Army’s force structure, are a fundamental part of the PLA’s overall approach.

Dunn, the TRADOC intelligence analyst involved in writing the manual, explained that understanding these capabilities and approaches is fundamental for Army leaders who want to be as prepared as possible to compete or fight against Chinese forces.

“[It is] essential for the Army, especially for the regionally aligned elements, to thoroughly understand the adversary they are most likely to encounter in future conflicts,” she said, indicating that TRADOC is overhauling doctrine governing opposing forces at the Army’s training centers to incorporate the material. “For the Army to remain ahead of its adversaries, training against a robust and realistic threat for task proficiency is essential.”