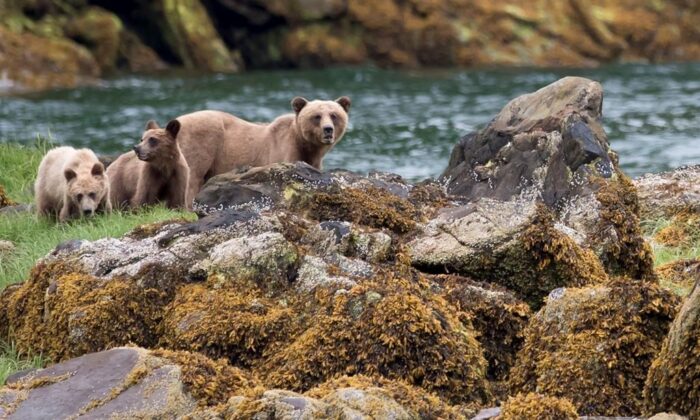 A grizzly bear and its two cubs are seen in the Khutzeymateen Inlet near Prince Rupert, B.C., on June, 22, 2018. (The Canadian Press/Jonathan Hayward)

Alberta Fish and Wildlife is confirming that different grizzly bears are behind a pair of fatal attacks in the province’s foothills.

The most recent attack occurred Tuesday evening as a woman was walking on her property near Water Valley, about 80 kilometres northwest of Calgary.

The first one happened May 4, about 25 kilometres away, when a man was out for a run.

Frame says both bears are believed to be mothers with cubs.

He says recent studies have shown grizzly numbers have begun to rebound and that human-bear encounters have become more likely to happen.

He urges anyone travelling or camping in bear country to go in a group, make noise and keep a clean campsite.

WASHINGTON, DC – MARCH 05: The U.S. Capitol is seen in the evening hours on March 5, 2021 in Washington, DC. The Senate continues to debate the latest COVID-19 relief bill. (Photo by Alex Wong/Getty […]

Sen. Warren Speaks out on Treatment of Jan. 6 Capitol Breach Detainees in Isolation

Sen. Elizabeth Warren (D-Mass.) and another Senate Democrat have raised questions about the rights of participants in the Jan. 6 Capitol breach, saying that some are being held in solitary confinement—even before their trials are […]