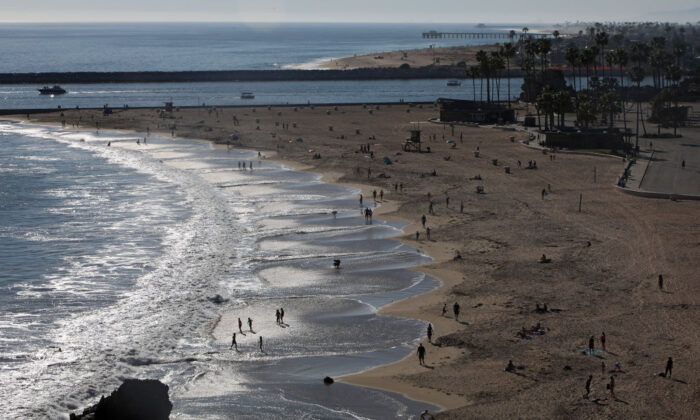 People are seen along Corona del Mar State Beach in Newport Beach, Calif., on April 15, 2020. Southern California has seen warmer weather over the last few days as social distance guidelines due to COVID-19 are still in place. (Michael Heiman/Getty Images)

Nine people were taken into U.S. Customs and Border Protection custody May 2 after they were dropped off at a Newport Dunes boat ramp by a pleasure boat.

The group of Mexican nationals consisted of seven men, one woman, and an unaccompanied 13-year-old boy, border control said.

The group was turned over to U.S. Border Patrol agents for processing after being taken into custody about 5:30 p.m. The Orange County Sheriff’s Department assisted with the matter.

Newport Beach is about 100 miles north of the U.S.-Mexico border.

President Trump says America will be stronger than ever before

Why It’s Important and How to Maintain It

The muscles that surround our spine play wide-ranging, essential roles in our everyday movement Many people have become more sedentary in recent times with lockdowns and working from home because of the COVID-19 pandemic. If […]

Irmgard Furchner, accused of being part of the apparatus that helped the Nazis’ Stutthof concentration camp function, appears in court for the verdict in her trial in Itzehoe, Germay, Tuesday, Dec. 20, 2022. (Christian Charisius/Pool […]