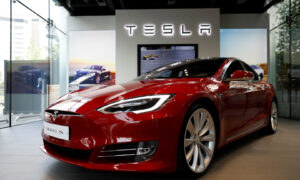 Tesla releases data from a car crash after a Chinese car owner accuses the company of a brake system failure.

A Chinese chemist stole $120 million worth of trade secrets from U.S.-based companies like Coca-Cola.

China’s most famous tech billionaire is evading the public eye. A comment he made nearly 10 years ago is now in the spotlight, as it seems to have predicted his own fate.

Former President Donald Trump is warning the Biden administration not to push Russia toward a Chinese partnership. He says the two may pose an even greater threat to America if allied together.

Australia has canceled two infrastructure deals with Beijing. Authorities there cite the country’s national interests, but Beijing says the action has wronged China.

An effort by Arizona lawmakers to ban state and local governments from mandating COVID-19 “vaccine passports” failed earlier this week. The measure, House Bill 2190, was introduced in mid-April and sought to prohibit business entities from […]

Some of the highest gas prices in town are posted on a signboard at a gas station in downtown Los Angeles, California on June 22, 2021, as gasoline prices rise. (Photo by Frederic J. BROWN […]