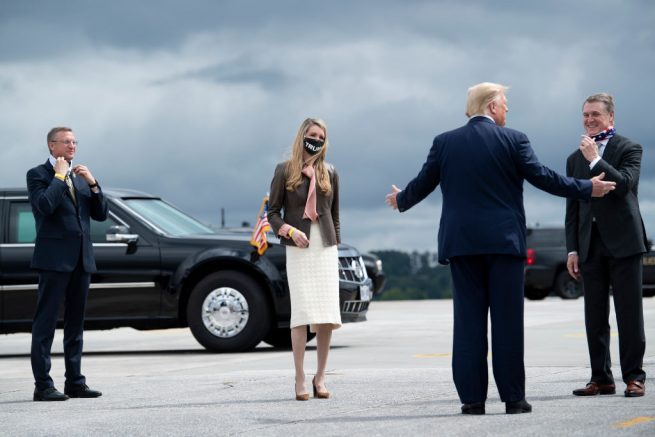 President Trump will travel to Georgia to rally support for two Republican senators in the state’s highly-anticipated runoff races.

The President will visit the Peach State on December 5 to hold a rally for Sen. Kelly Loeffler (R-Ga.) and Sen. David Perdue (R-Ga.)

I strongly stand with Kelly & David. They are both great and MUST WIN! https://t.co/eqr95Lc2aC

The two Republicans are facing off with Democrats Raphael Warnock and John Ossoff in a pair of runoffs, which will determine which party controls the Senate next year.

During a press conference Thursday, President Trump doubled down on his support for the Republican senators.

“It’s very important that we win those races. These are two great people,” the President stated. “I know them both very well.”

President Trump went on to emphasize the importance of the runoff races and said he may hold a second rally if needed.

Senators on Capitol Hill on Wednesday announced the re-introduction of a bipartisan bill that would impose harsh penalties on companies and individuals found guilty of stealing American intellectual property, with the lawmakers singling out China […]

protesters participate in a political rally on July 25, 2021 in New York City. Protesters were demanding a release of the people who were arrested on January 6th for their involvement in the breach of […]