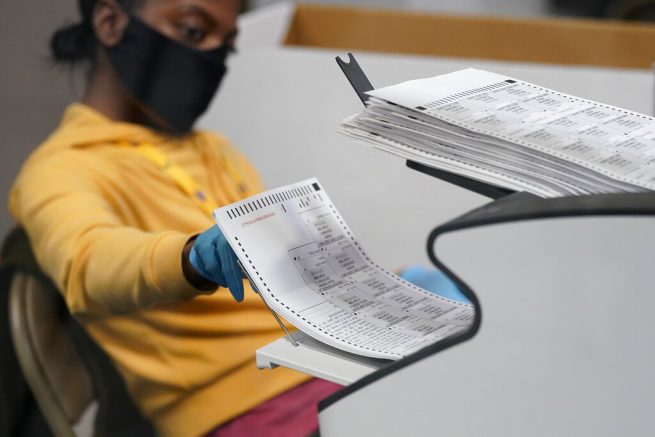 A reporter for the Las Vegas Review Journal, Victor Joecks, reportedly discovered rampant negligence and voter fraud in his state’s election system. He claimed election officials in Nevada have failed to verify 89-percent of signatures on incoming mail-in ballots.

Clark County’s election system is so bad, they’re likely going to hold an entirely new election for a race where 150K people cast their votes.

But remember, those of us concerned about election irregularities and fraud are just conspiracy theorists. https://t.co/R2rJcYBY4F

Additionally, Joecks submitted eight ballot envelopes with signatures in his handwriting and they were all accepted by the Clark County Elections Commission. The commission agreed to toss 153,000 ballots on Monday after stating that they had “unverifiable discrepancies.”

Joecks said his experiment supports the claims of voter fraud in Nevada.

“Unfortunately out here, the process also doesn’t include anyone at the county level investigating voter fraud,” he stated. “So, you know, it’s just see no evil, hear no evil, speak no evil out here and just pretend everything is working great, and that no one would ever cheat…that’s the assumption people out here work on.”

This report, along with the latest decision to discard suspect ballots, lands another major victory for the 2020 Trump campaign in its battle to ensure the integrity of U.S. elections.

House Speaker Nancy Pelosi of Calif., speaks during an interview with The Associated Press on Capitol Hill in Washington, Wednesday, May 13, 2020. (AP Photo/Patrick Semansky) OAN NewsroomUPDATED 11:09 AM PT — Wednesday, May 13, […]

OAN NewsroomUPDATED 12:49 PM PT – Tuesday, February 22, 2022 After weeks of conflicting narratives about whether Russia would invade Ukraine, the latest Moscow developments may have just ensured the prospect of an armed conflict. […]

The Truth About Sea Levels and Fossil Fuels