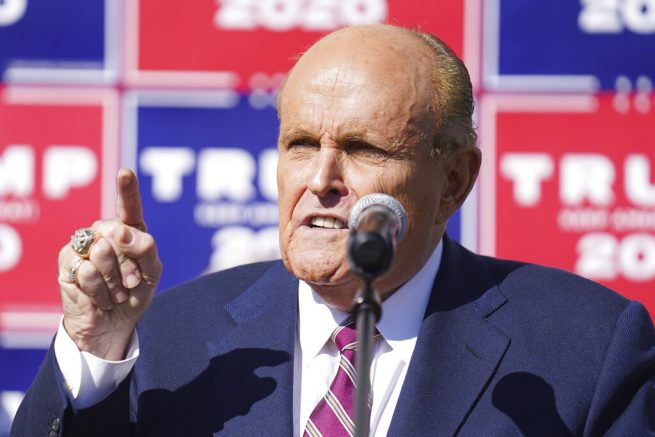 President Trump’s personal attorney wants to make it clear that the President will never concede the election and fully intends to win.

In an interview Sunday, Rudy Giuliani said the President was sarcastic when he said in a tweet that Biden “won” the election by stealing votes. President Trump’s tweet caused cheering in the mainstream media who took the phrase “Biden won” out of context and championed it as what they hoped would be a concession.

Giuliani added, the context of that tweet makes it perfectly clear the president was saying Biden’s theft of votes is not a victory. He went on to outline the various examples of voter fraud that were documented during the election and have gone ignored by the mainstream media.

My team is fighting vigorously on behalf of the President to restore legitimacy and trust in the results of this election and future ones. Systematic fraud, irregularities, and UNLAWFUL conduct erode confidence in our free and fair elections!!

In a recent statement, the President’s attorney said the Trump campaign has two lawsuits in Michigan that focus on the unlawful expulsion of Republican poll watchers from the counting process.  Giuliani added, Democrats also failed to signature-match thousands of votes. He said such actions render hundreds-of-thousands of Biden votes illegal.

The President’s attorney has shown a few affidavits noting that thousands of similar witness testimonies are now part of the court cases that will prove President Trump won the election.

Biden says he will participate in next debate, no comment on format changes

Facts Matter (May 28): Wisconsin Probes the 2020 Election; Chicago Mayor Faces Discrimination Lawsuit On May 27, the State Assembly Speaker of Wisconsin said he’s launching a new investigation into the 2020 election, and he’s […]