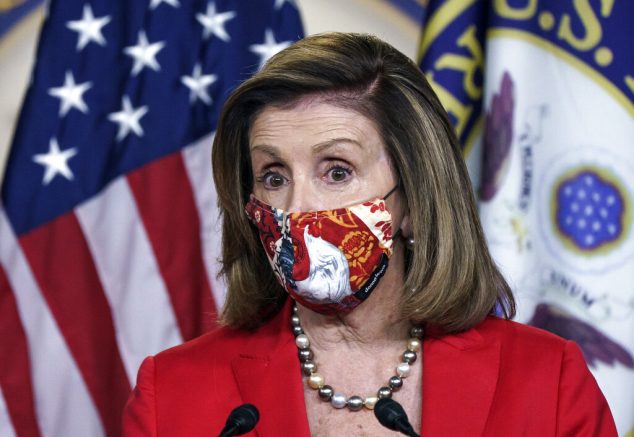 Speaker of the House Nancy Pelosi, D-Calif., talks to reporters about the impact of the election on the political landscape in Congress, at the Capitol in Washington, Friday, Nov. 6, 2020. (AP Photo/J. Scott Applewhite)

Democrats in the House of Representatives are struggling to come to grips with significant losses in congressional seats. House Speaker Nancy Pelosi claimed Democrats lost the battle in the House, but won the war. However, this is no longer the two-front party war we once expected it to be.

In a House Democrat family phone call, various Democrat representatives aired their grievances after losing what could ultimately end up being 10 to 14 seats. This call saw representatives like Virginia congresswoman Abigail Spanberger blame progressives in the House for pushing ideas like defunding the police.

These issues have become increasingly consequential for Democrats as upcoming congressional redistricting could result in monumental losses for a divided Democrat Party.

This was also a trend nationwide as a recent Hill-HarrisX survey showed 58 percent of Democrats and Republicans favor candidates over political party, along with 85 percent of independents who feel the same way.

What has been become apparent for many observing these results is a major political realignment may very well be underway. While it is unclear if the Republican Party could divide between the populist MAGA wing and neoconservative wing, the division is already taking place within the Democrat Party.

This is something outspoken progressive Alexandria Ocasio-Cortez made clear to warn against on CNN.

“There are, at least in the House Caucus, very deep divisions within the party and I believe we really need to come together and not allow Republican narratives to tear us apart,” said the New York Democrat. 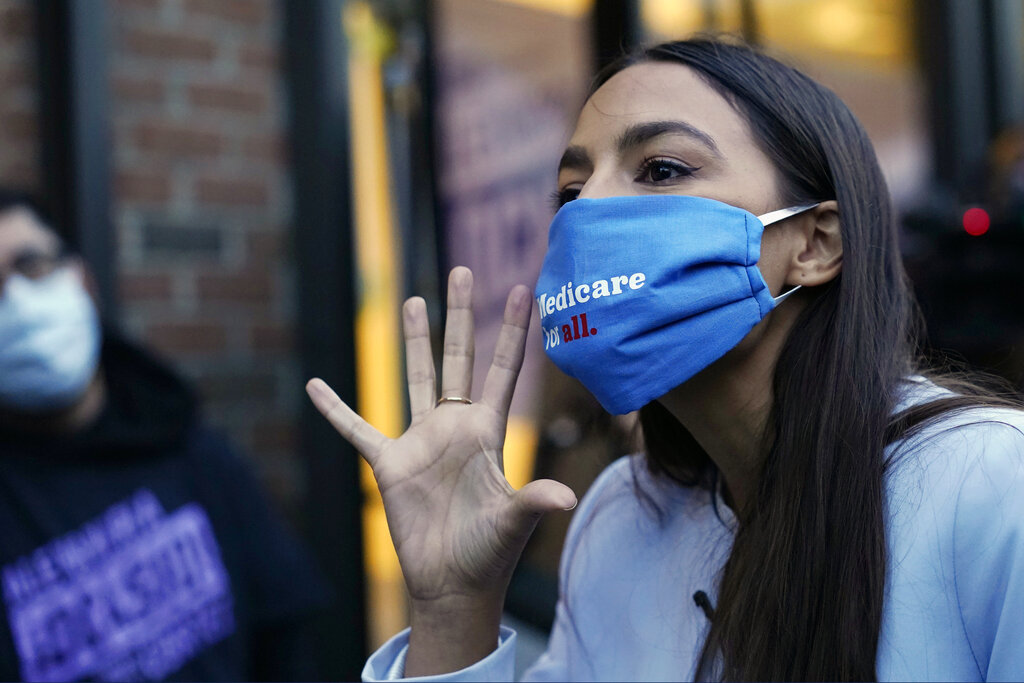 U.S. Rep. Alexandria Ocasio-Cortez, D-N.Y., speaks to members of her staff and volunteers who helped get out the vote and with her campaign, Tuesday, Nov. 3, 2020, outside her office in the Bronx borough of New York. (AP Photo/Kathy Willens)

The biggest challenges facing the Democrat Party as of now are that many Democrat voters accept progressives’ economic policies while rejecting their stances on social issues like defunding the police or abolishing ICE.

Likewise, their establishment wing struggles with the fact that while many Democrat voters support their willingness to avoid progressive messages like defunding the police, many of those same voters reject Pelosi’s willingness to not compromise on a COVID-19 relief bill with President Trump and the White House.

As the Democrat Party looks to unify behind a single identity ahead of the 2022 midterm elections, failure to do so could result in major future failures for America’s left wing.

Gary Zaremba checks in with a tenant to discuss building maintenance at one of his at properties, Thursday, Aug. 12, 2021, in the Queens borough of New York. Landlords say they have suffered financially due […]