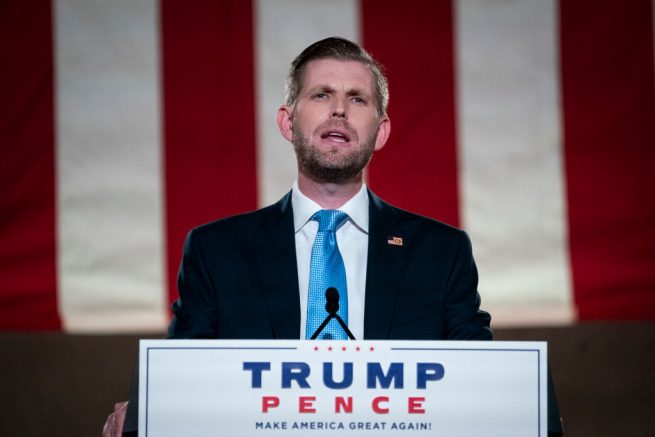 Eric Trump sounded the alarm on the Democrat National Convention and accused the left of blocking citizens’ ability to report voting irregularities.

In a tweet shared Friday, the President’s son accused the DNC of attempting to hijack the Trump campaign’s “voter fraud hotline,” and said they may have something to hide.

The @DNC is spamming our voter fraud hotline to bog down the thousands of complaints we are receiving! Wonder what they have to hide.

He added the spam calls were blocking thousands of complaints the Trump campaign has been receiving. This came as President Trump continued to argue Democrats’ are stealing the election by committing mass voter fraud.

OAN NEWSROOM UPDATED 10:15 AM PT – Tuesday, June 14, 2022 Republicans are preparing to cast their vote in four different states across the country. One America’s Cynthia Kaui has more. document.addEventListener(“DOMContentLoaded”,function() { let usprivacy […]