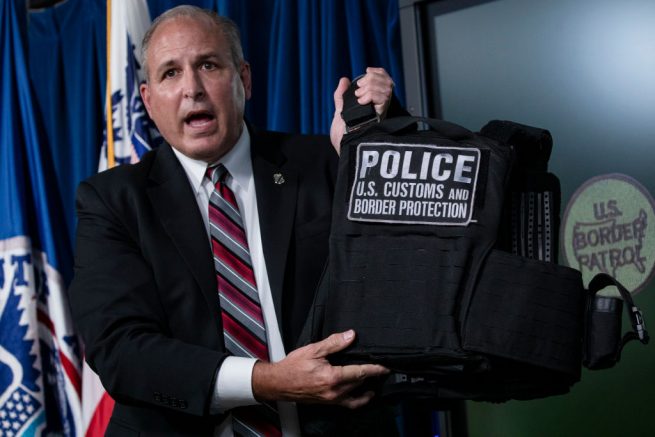 On Tuesday, U.S. Customs and Border Protection Acting Commissioner Mark Morgan said the U.S. would have an invasion of illegal aliens if former vice president Joe Biden were to win the election.

He added that Biden would stop the construction of the border wall and in turn encourage a massive rise in illegal arrivals.

The border wall system is critical to @CBP’s multi-layered, risk-based approach to border security and maintaining operational control of our border. This is just one tool that is absolutely needed to help keep our country safe. pic.twitter.com/FvGfITA26B

He noted human smuggling rings have hoped that the Biden administration would resume the ‘Catch-and-Release’ policy. As a result, the number of illegal aliens in the U.S. would increase by several million people.

Morgan also warned that the Democrat’s promises of free health care and other benefits would also support illegal communities already in the U.S.