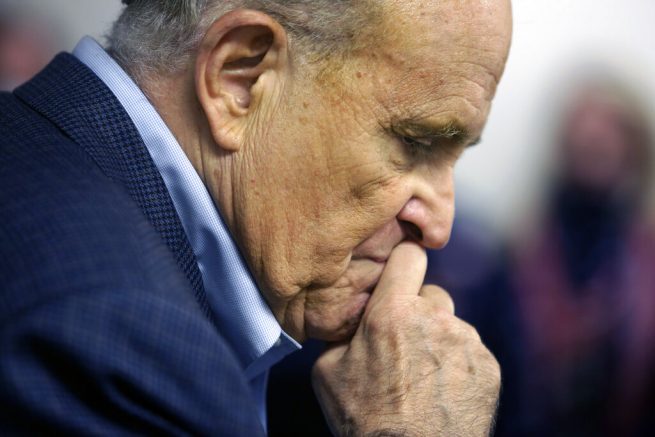 President Trump’s lawyer Rudy Giuliani shared a private text message that he said further highlights the alleged crimes committed by the Biden family. In the latest episode of his podcast Wednesday, Giuliani quoted a message allegedly from Hunter Biden to his daughter Naomi.

In the message, Hunter told Naomi he’s paid for everything for the entire family for the past 30 years, which is a statement Giuliani said is likely is due to Hunter receiving money from Ukrainian energy company Burisma.

Tonight I react and share a private text message that describes the ongoing schemes by the Biden Crime Family.

Giuliani then went on to highlight a part of the message that specifically references Democrat presidential nominee Joe Biden. He made the following remarks on the matter:

“But then it goes on to say because the boss, remember the Godfather, the boss has to wet his beak, the boss has got to get his money. The boss here is Pop. It’s really hard, but don’t worry, unlike Pop that’s one of the names for Joe Biden Democrat…candidate for the United States presidency. I won’t make you give me half your salary.”

The message is allegedly among the tens-of-thousands of texts, emails and photographs found on Hunter’s laptop.

Federal authorities announced Wednesday that a new round of $1,400 stimulus checks have been sent out, bringing the total figure disbursed to around $391 billion. The Department of the Treasury, the Internal Revenue Service (IRS), […]

Conservative voices are overwhelmingly absent at commencement speeches this spring, as only one of the nation’s top 100 universities invited a right-leaning guest speaker to address the outgoing class of 2021, according to a recent […]