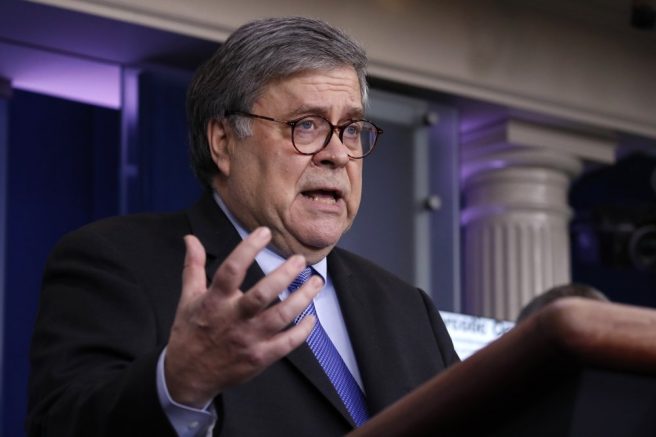 Attorney General William Barr recently highlighted the latest success of Operation Legend, which targets human smugglers, child abusers and other criminals across the U.S. On Wednesday, Barr announced the Department of Justice has been ramping up its operations in Albuquerque, New Mexico, where crime rates are three to four times higher than the national average.

“We’ve had a very successful task force, 113 federal arrests and many more state arrests,” he said.

According to him, the department has allocated more resources for the anti-crime effort in that city.

Barr reiterated violent crime is a “solvable” problem and emphasized his department is leading the charge to eradicate its most dangerous elements nationwide.

OAN NewsroomUPDATED 6:29 AM PT – Friday, March 18, 2022 Attorneys for Ghislaine Maxwell are asking for a new trial. One America’s Caitlin Sinclair has the latest. MORE NEWS: How Russia’s Invasion Of Ukraine Impacts The […]

Arsenic and lead found to be prevalent in baby food

Only a few scoops are left in her next to last can, as Yury Navas, 29, of Laurel, Md., feeds her infant son, Jose Ismael Gálvez, 2 months, with the only formula he can take […]

The Bird is down