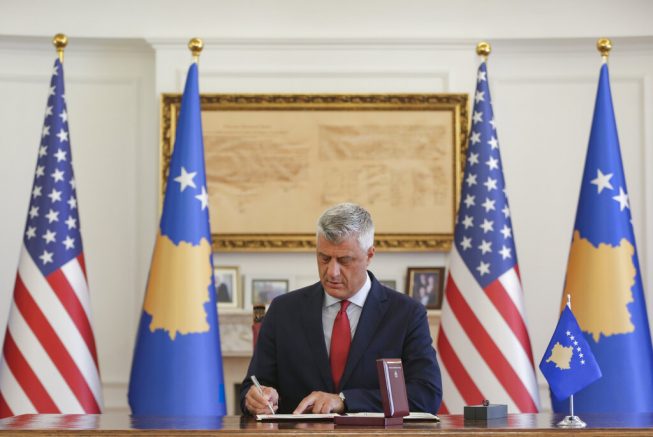 Kosovo’s president has awarded President Trump with one of his nation’s highest honors. President Hashim Thaci bestowed Kosovo’s Order of Freedom on the President for his role in helping the country normalize economic ties with Serbia.

This came two weeks after the former Balkan war foes signed a peace agreement at the White House.

The honor has previously been given to local and foreign citizens for their help in defending Kosovo’s freedom. During Friday’s signing ceremony, the foreign leader thanked President Trump for brokering the agreement between Serbia and Kosovo.

On behalf of the people of #Kosovo, I am honored to award President @realDonaldTrump the Order of Freedom, as a token of gratitude for his personal contribution for the freedom of Kosovo, strengthening of peace & reconciliation in the region. Eternal is the bond b/w Kosovo & U.S. pic.twitter.com/nlKFOjOQAB 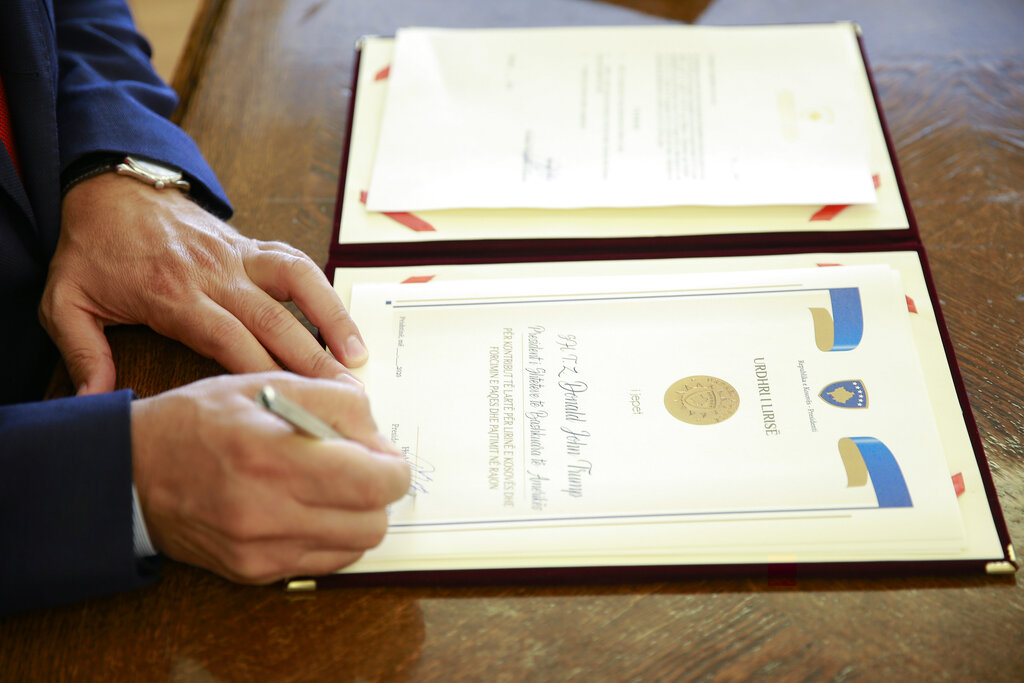 He also awarded the Presidential Medal of Merit to both National Security Adviser Robert O’Brien and Special Envoy Richard Grenell, who he said were “indispensable” for the deal.

FILE – In this March 16, 2020, file photo, a subject receives a shot in the first-stage safety study clinical trial of a potential vaccine by Moderna for COVID-19, the disease caused by the new […]

National Security Adviser: We have to continue to pressure China on origins of COVID-19