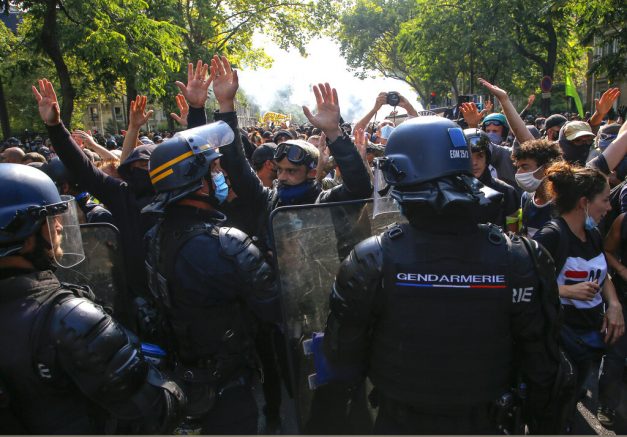 Yellow vest protesters wearing protective face masks as precaution against the conoravirus holds up their hands during a march in Paris, Saturday, Sept. 12, 2020. (AP Photo/Michel Euler)

Yellow vest protesters restarted their demonstrations and clashed with police in the streets of Paris this week. Saturday’s march marked the first demonstration by the yellow vest movement since coronavirus restrictions started in France.

Police were deployed to the city and used tear gas against demonstrators, who had left the designated route and set fire to trash bins.

French police fired tear gas under a rain of projectiles and arrested dozens of people on Saturday as thousands of “yellow vest” anti-government protesters returned to the streets of Paris. #YellowVests pic.twitter.com/xDv4WkQoB9

Ahead of the demonstration, police warned officers would get involved if the situation became violent.

“It should take place peacefully, that there are no destructions,” stated Paris Police Prefect Didier Lallement. “If there are destructions, if there is a desire to break things, then of course we’ll be present and we’ll prevent them from doing so.” 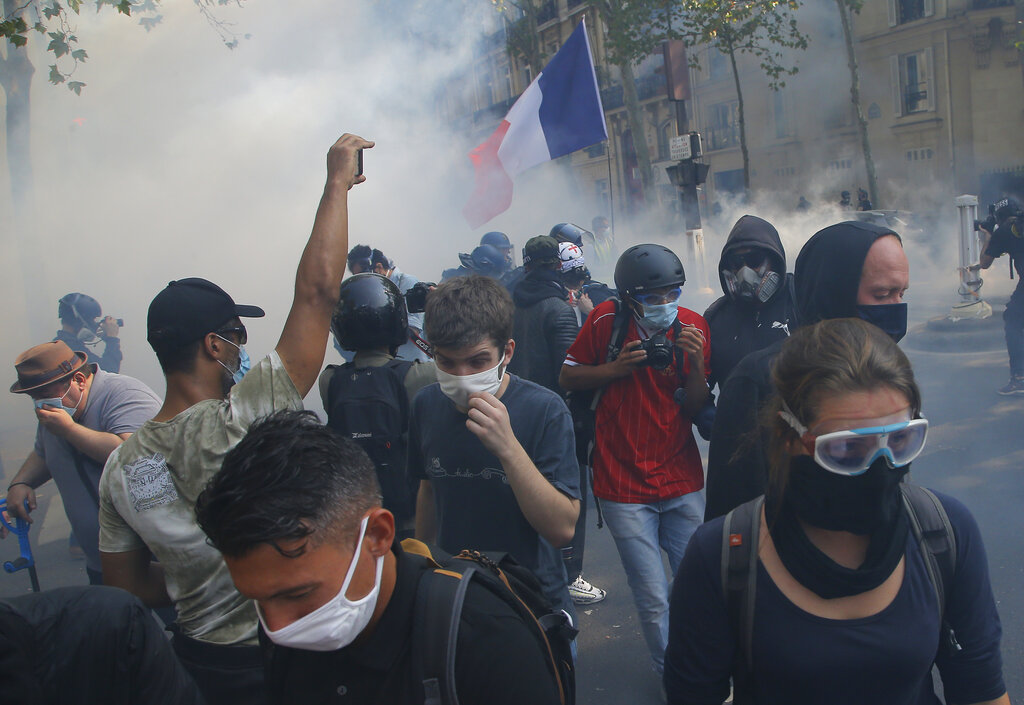 The yellow vest movement began in 2018 over fuel tax increases. It has since evolved into a larger movement against reforms made by President Emmanuel Macron.

OAN NewsroomUPDATED 1:10 PM PT — Sunday, June 28, 2020 The “Global Goal: Unite For Our Future” initiative, which was organized by Global Citizen and the European Commission, has raised nearly $7 billion to ensure […]

KABUL—A former journalist who worked for Afganistan’s finance ministry was shot dead by gunmen in the southern city of Kandahar on Thursday, provincial officials said, as violence mounted across the country amid a U.S. troop […]

In Los Angeles County, 14 cities have issued no confidence resolutions against District Attorney George Gascon, claiming his reforms went too far. Diamond Bar’s city council passed a no confidence motion during its May 18 […]