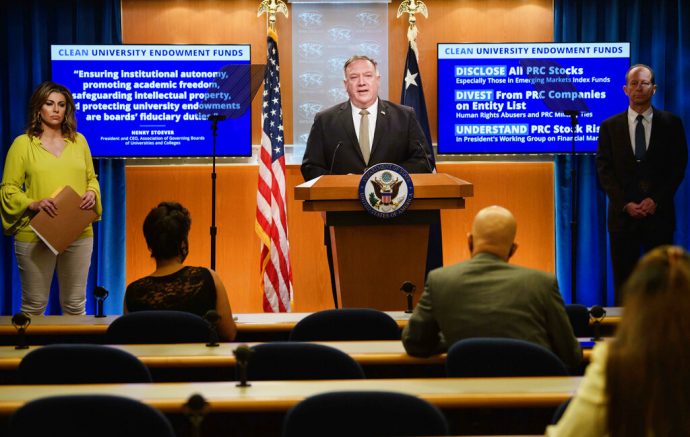 Secretary of State Mike Pompeo speaks during a news conference at the State Department in Washington, Wednesday, Sept. 2, 2020. (Nicholas Kamm/Pool via AP)

The Chinese Embassy in the U.S. has urged Washington to reconsider its latest restrictions on Chinese diplomats. In a statement this week, Chinese officials said they firmly oppose the decision.

They claimed the move is unjustified and goes against the established rules of diplomacy.

Their remarks came shortly after Secretary of State Mike Pompeo announced senior Chinese officials in the U.S. must get approval before meeting with local government officials.

He explained China has been imposing similar requirements on American officials for years.

According to the secretary, Chinese Embassy events larger than 50 people must also first be approved.

Commentary “Each year on this day,” reads an April 24 statement from the Biden White House, “we remember the lives of all those who died in the Ottoman-era Armenian genocide and recommit ourselves to preventing […]

In this image from video, House impeachment manager Rep. Joaquin Castro, D-Texas, speaks during the second impeachment trial of former President Donald Trump in the Senate at the U.S. Capitol in Washington, Wednesday, Feb. 10, […]