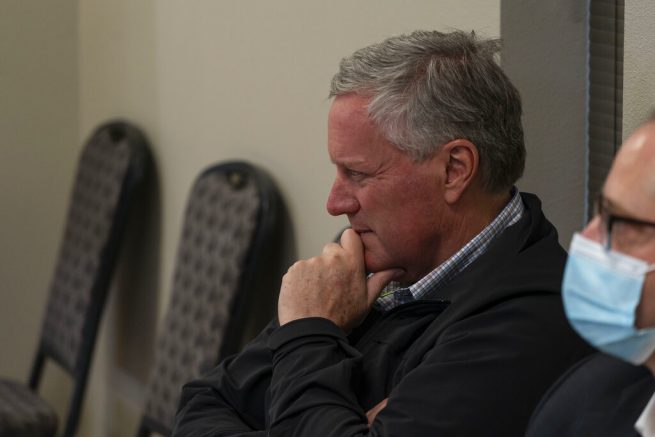 Chief of Staff Mark Meadows is making modest progress on securing a new coronavirus relief deal. He touted “real progress” in negotiations during an interview Tuesday.

Meadows referenced the “focused relief bill” being worked on by Sen. John Barasso (R-Wy.). He called the bill a “stepping off point” for a larger relief bill and suggested it could allocate as much as $500 billion in funding.

The White House chief of staff said the biggest issue now is coming to a consensus on how much money to give to state and local governments. He laid the blame on Democrats for the hold up.

Speaker Pelosi and Democrats: if you really want to help Americans, how about passing relief for small businesses and unemployment assistance ALONG with postal funding?

We agree on these. There’s NO reason not to deliver relief for Americans right now.

Meadows is set to hold a phone conference on Monday with Treasury Secretary Steven Mnuchin and Senate Republicans, where they will likely approve Sen. Barasso’s so-called “skinny” relief bill.

I Will Not Tax Our Industries ‘Off the Planet’ for Net Zero: Australian PM

Prime Minister Scott Morrison has vowed to protect industry from “punishing” climate change taxes as the government sets a tentative net-zero target of 2050. Just days away from a global climate summit, to be chaired […]

The Chinese regime denied on Monday that lab staff in Wuhan were infected with COVID-19 before the pandemic, in response to a question about a WSJ report. On May 23, the Wall Street Journal reported on […]