Belarusian opposition supporters light phones lights during a rally in Minsk, Belarus, Sunday, Aug. 30, 2020. Tens of thousands of demonstrators have gathered in the capital of Belarus, beginning the fourth week of daily protests demanding that the country’s authoritarian president resign. (Tut.By via AP)

Millions of Belorussian citizens are calling for an end to the Lukashenko regime as protests continue across the nation. On Sunday, participants of nationwide protests “congratulated” president Alexander Lukashenko on his 66th birthday by saying he must now step down.

The mass demonstrations broke out after a fraudulent presidential election earlier this month. Belorussians have said they want peace and independence for their country.

“We have lived with one man in charge of everything for 26 years. After this years election, we saw appalling violence against ordinary people. This regime is inhuman and has already committed crimes against humanity. It needs to go.”

In #Minsk, #Belarus, there are dozens of thousands joining the #protest rally and march today, to demand resignation of president Lukashenka:

Belarus has entered its fourth week of anti-government protests. As a result, dozens of citizens have been arrested. 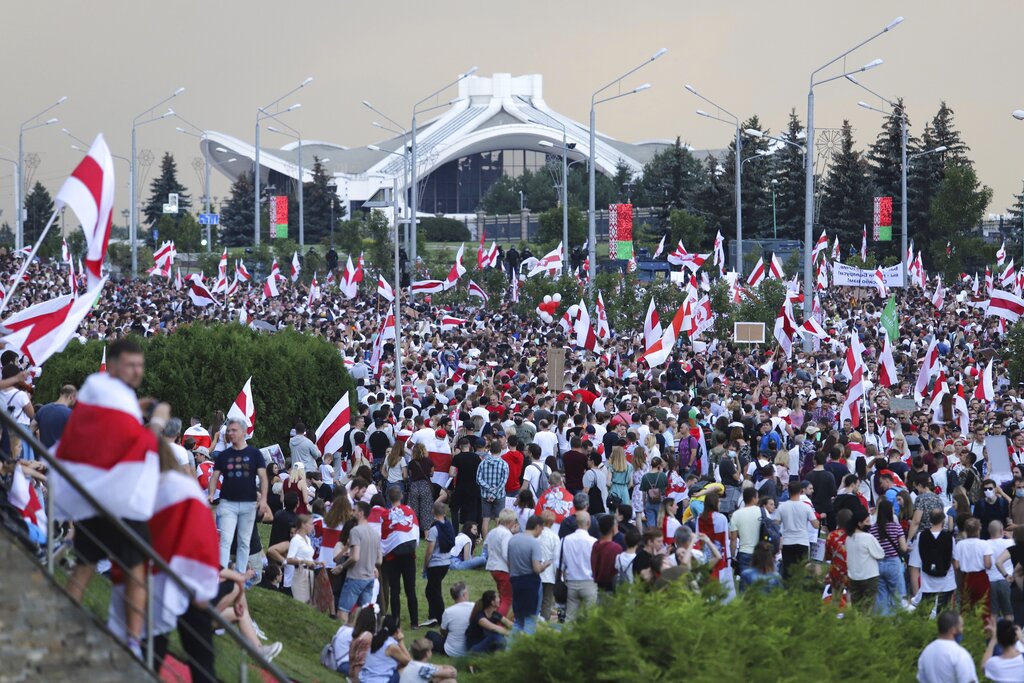 Belarusian opposition supporters with old Belarusian national flags gather towards the Independence Palace in Minsk, Belarus, Sunday, Aug. 30, 2020. Tens of thousands of demonstrators have gathered in the capital of Belarus, beginning the fourth week of daily protests demanding that the country’s authoritarian president resign. The protests began after an Aug. 9 presidential election that protesters say was rigged and officials say gave President Alexander Lukashenko a sixth term in office. (AP Photo)

RELATED: Kremlin says situation in Belarus is under control, no need to send forces

FILE – In this May 3, 2020, file photo, light shines from inside the U.S. Capitol dome at dusk on Capitol Hill in Washington. (AP Photo/Patrick Semansky) OAN NewsroomUPDATED 11:44 AM PT — Monday, July […]