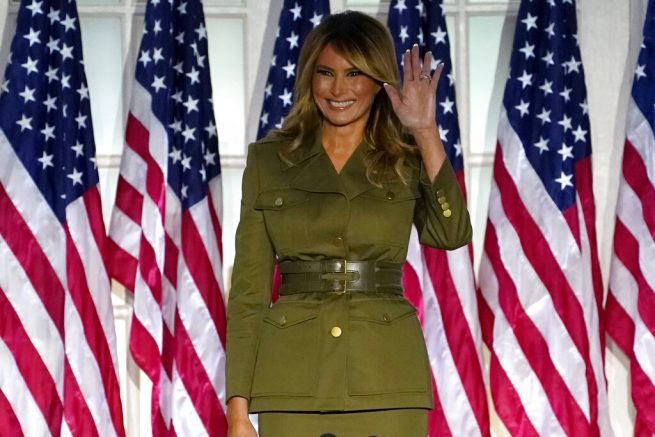 First Lady Melania Trump arrives to speak on the second night of the Republican National Convention from the Rose Garden of the White House, Tuesday, Aug. 25, 2020, in Washington. (AP Photo/Evan Vucci)

The second day of the 2020 Republican National Convention highlighted America’s role in the world as a beacon of freedoms others may aspire to reach.

Tuesday’s event emphasized this theme and included footage of a naturalization ceremony presided over by President Trump. While addressing the newly made Americans gathered before him, the president highlighted both the honor and duties to which their citizenship entitles them. He made the following remarks during the ceremony:

“Today you have also accepted the profound duties and responsibilities that come with American citizenship. By swearing the oath of allegiance, each of you has entered a sacred and unbreakable covenant with our nation. Our culture, our traditions and our values are now yours to uphold and live by. The rights so dear to every American granted by us, and granted by God.”

Other speakers highlighted how these values shape U.S. actions globally, while painting American influence as a force promoting the extension of personal freedoms around the world.

In prepared remarks reportedly taped during a diplomatic trip to Israel, Secretary of State Mike Pompeo underscored the Trump administration’s foreign policy achievements by portraying the last four years as a period of increased domestic and international security.

“This president has led bold initiatives in nearly every corner of the world,” he stated. “…today, because of the president’s determination and leadership, the ISIS caliphate is wiped out…and our brave soldiers, they’re on their way home.”

Kentucky Sen. Rand Paul (R) touched on this as well. He depicted President Trump as an opponent of long-term wars and contrasted this characterization to Democrat nominee Joe Biden’s record as a legislator. Under a Biden presidency, Paul proposed the likelihood of the U.S. entering a foreign conflict could be increased.

“Compare President Trump with the disastrous record of Joe Biden who has consistently called for more war,” stated the senator. “Joe Biden voted for the Iraq war, which President Trump has long called the worst geopolitical mistake of our generation. I fear Biden will choose war again.” 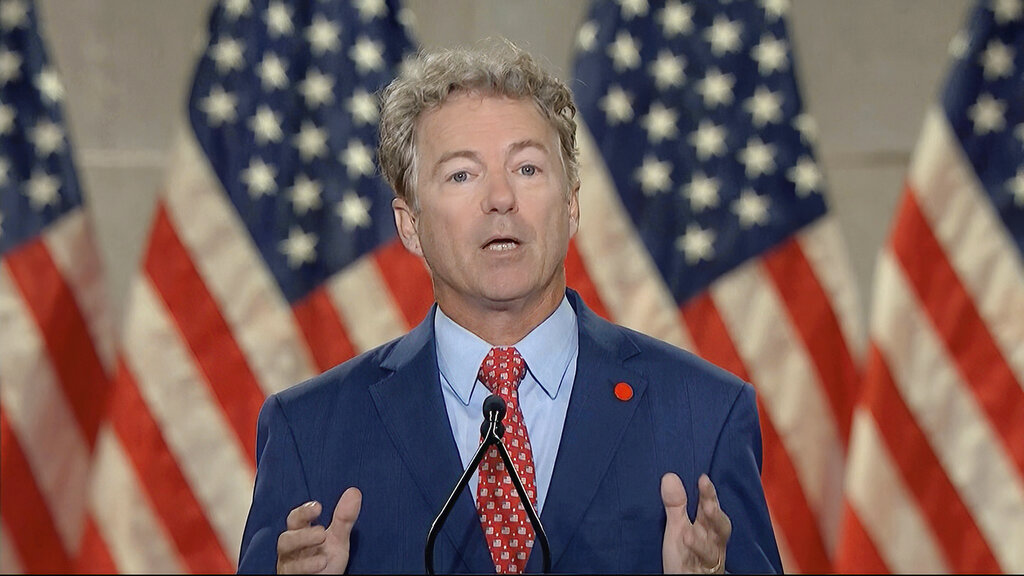 First Lady Melania’s speech, delivered from the White House Rose Garden, highlighted a different aspect of America’s global role as the inspiration for millions of people around the world aspiring to the benefits of U.S. citizenship. Her own life, she asserted, is a prime example of someone attaining this very goal and contributing to the ongoing fulfillment of the American dream.

“It is still one of the proudest moments in my life because with hard work and determination, I was able to achieve my own American dream,” she stated. “As an immigrant and a very independent woman, I understand what a privilege it is to live here and to enjoy the freedoms and opportunities that we have.”

GOP leaders: Americans are fed up with Biden