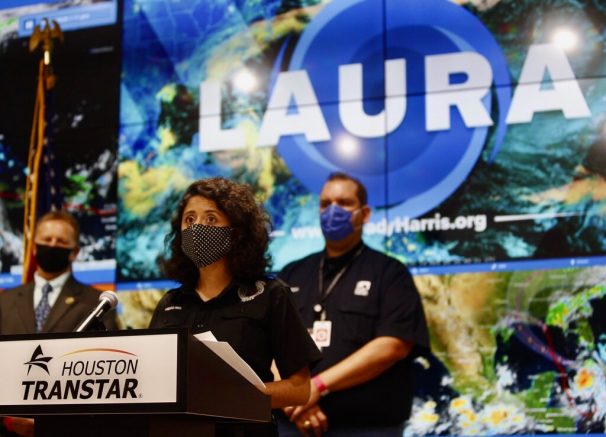 Judge Lina Hidalgo emphasized that Laura should not be compared to past hurricanes like Harvey while addressing the media from Houston Transtar on Monday, Aug. 24, 2020. (Hadley Chittum /Houston Chronicle via AP)

Tropical Storm Laura reached hurricane strength on Tuesday as it approached Louisiana and Texas. According to the National Hurricane Center, Laura is likely to reach a Category 2 hurricane by Wednesday night.

Primary threat from #Laura in #NOLA is storm surge outside the levee system. Could also see heavy rain, wind & tornadoes if an outer band tracks over our area. Stay weather aware. https://t.co/PADkQ6PeI9

The threat comes on the heels of Tropical Storm Marco, which continues to dissipate just south of Louisiana.

Citizens have been advised to board up their windows and brace for deadly winds, rain and storm surges. 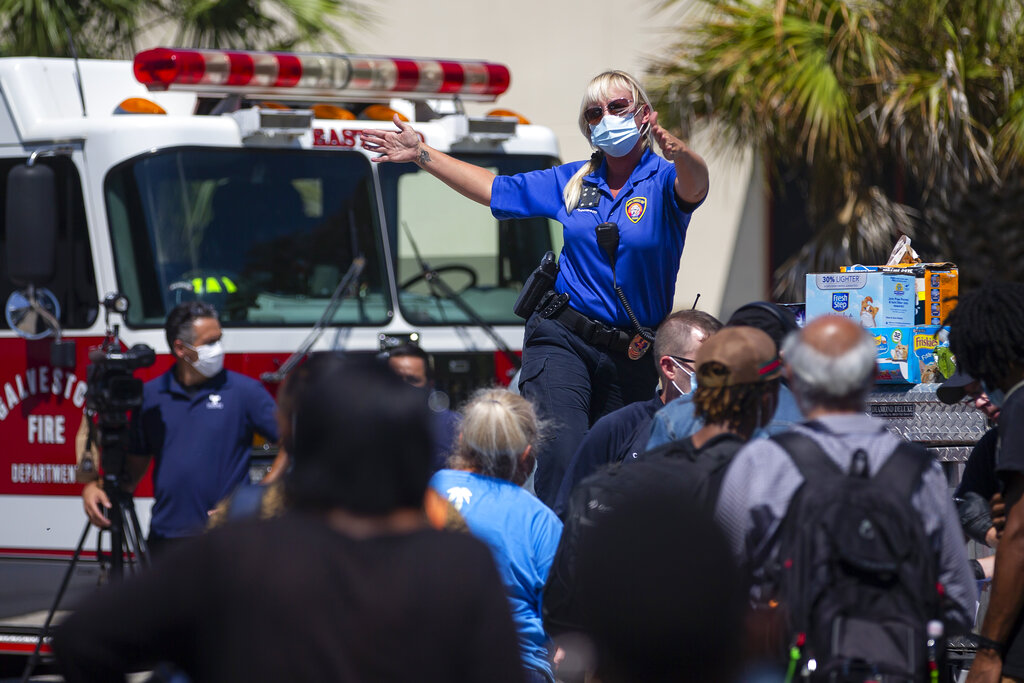 An animal control officer directs people as they wait to board charter busses that will evacuate them from Galveston Island to Austin in anticipation of impact from Hurricane Laura, Tuesday, Aug. 25, 2020, from the Galveston Housing Authority offices in Galveston. (Mark Mulligan/Houston Chronicle via AP)

“From this point out, I’d rather be surprised when it’s not as bad as I thought. Then be surprised that it’s worse than I got ready for. I’d just rather be prepared, be proactive instead of reactive.” – Unnamed resident

Heads up! Today is the last day to prepare for Hurricane #Laura. Evacuation zones are based on potential storm surge. If an evacuation has been ordered, life-threatening storm surge is expected. Get your loved ones to a safe place…their life depends on it! pic.twitter.com/9UxCfpeRqo

The governor of Louisiana has warned the system may be even more destructive than 2005’s Hurricane Rita, which was one of the most intense storm systems to hit the Gulf Coast.

NEW YORK—The dollar recovered from a nine-week low on Thursday, lifted by a rise in U.S. Treasury yields after the government reported strong economic growth for the first quarter and an improvement in new jobless […]

ESG Investing: Politics by Other Means

Commentary Before Joe Biden’s election, environmental, social, and governance (ESG) investing was sweeping all before it. Wall Street was coming to the planet’s rescue and saving capitalism at the same time. It was a self-serving […]