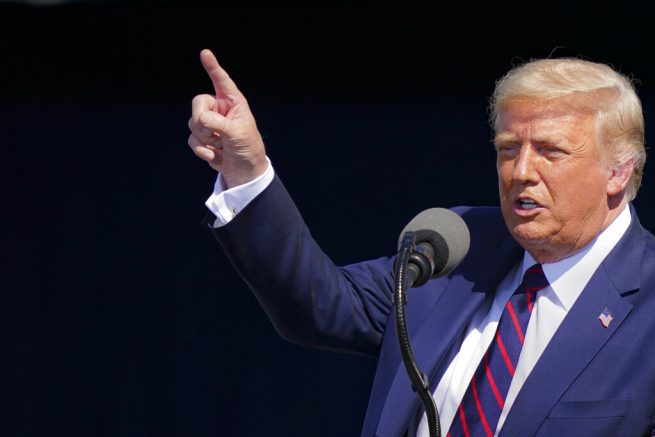 President Trump has responded to ongoing allegations of bounties on U.S. troops, which have been perpetuated by left-wing media and conflicting intelligence reports. On Thursday, the president told reporters these claims of bounties paid by Russia or other countries have not been proven.

He pointed out U.S. intelligence has concluded such allegations are uncorroborated.

The president went on to say if anybody has placed such bounties on American soldiers, they will face retaliation.

This comes as the latest attempt to revive the Russia hoax, along with the claims of election meddling and other statements from the Democrats, ahead of this year’s presidential election.

President Trump on rocket launch: ‘More than an act of history, but an act of heroism’

President Donald Trump walks to the podium to speak during an event at the Vehicle Assembly Building on Saturday, May 23, 2020, after viewing the SpaceX flight at NASA’s Kennedy Space Center in Cape Canaveral, […]