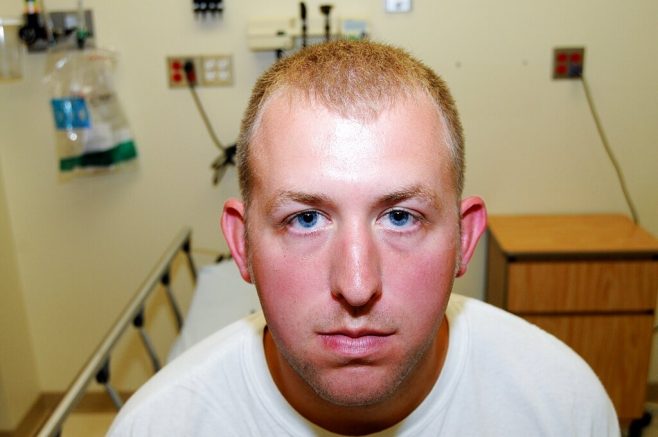 Missouri’s top prosecutor will not be charging the former officer involved in the shooting of Michael Brown. St. Louis County’s Wesley Bell made the announcement on Thursday.

18-year-old Michael Brown was allegedly shot and killed by Wilson after he approached his police car.

Details surrounding the incident remain unclear. There is some debate over whether Brown was armed or not.

“After an independent and in-depth review of the evidence, we cannot prove that he did. The only question is whether we can prove beyond a reasonable doubt that a crime occurred. The answer to that question is no.” – Wesley Bell, Prosecuting Attorney, St. Louis County

Though Wilson cannot be in charged the death of Brown, Bell has noted the investigation does not exonerate him from any wrongdoing.

MORE NEWS: President Trump: Vanessa Guillen’s Story Will Not Be Swept Under The Rug

Commentary Zhen Liang, also known as Sarah, is an Epoch Times Hong Kong edition reporter who was stalked by a suspected CCP (Chinese Communist Party) secret agent on her way to an interview on April […]

Dr. Twu Shiing-jer, one of Taiwan’s top public health officials, spoke out against the Chinese regime’s reported blocking of Taiwan from purchasing COVID-19 vaccines from the German biotechnology firm BioNTech in an exclusive interview with […]