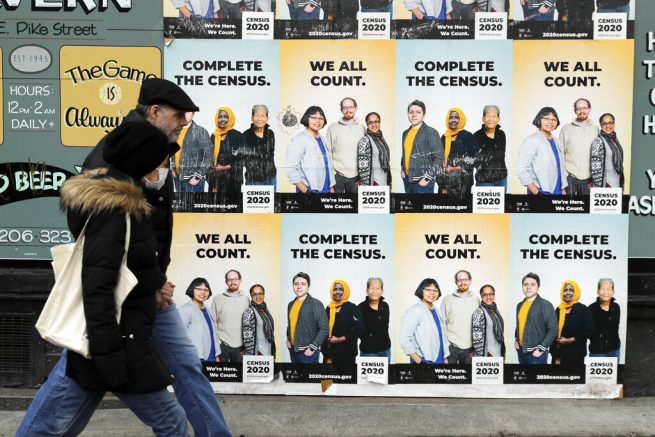 The 2020 Census aims to account for every person living in the U.S., which is a determining factor in the distribution of federal dollars and how states redistrict before elections.

About halfway through the process of collecting information from American households in the recent weeks, however, the COVID-19 pandemic placed a temporary halt on the Census Bureau’s plans.

The agency recently asked Congress to approve an extension of its deadline to turn-in data for the Census to October 31. According to a statement on the delay, the adjustment would “ensure a complete and accurate count of all communities.”

The bureau is now weighing how to keep employees safe amid the ongoing outbreak as field workers prepare to begin going door-to-door on June 1 to survey households.

“I don’t know that the actual information we collect is going to be impacted. I think the bigger issue is getting as many people as possible to respond on their own, so we don’t need to be going door-to-door — that’s the most critical thing. In terms of all of the multiple field operations that make up a census, we’re going to do the right thing. we’re not going to put people in harms way. We will modify those field operations as appropriate.”

One of the most important functions of the census is to provide insight to help states remap their congressional districts. A process used in many states — called gerrymandering — maximizes the political advantage for the party currently in power by sectioning off districts to include voters most likely support them.

With a delay on the latest census, some states like Virginia and New Jersey may have to reschedule primary elections scheduled for next year. It could also affect California and Illinois by forcing the postponement of elections set for 2022.

Congress still needs to approve the bureaus’ request to allow an additional 120-days to submit the final “apportionment counts.” If approved, redistricting data will be delivered to the states no later than July 31 of 2021.

At a time when we’re all keeping a little distance, we can still come together. Respond to the #2020Census online today at https://t.co/nzqhoc1xHM. pic.twitter.com/oc4Je3mDmS

In this handout photo provided by the Maddox Jolie-Pitt Foundation, actress and activist Angelina Jolie Pitt meets children during a visit to Ja Mai Kaung Baptist refugee camp on July 30, 2015 in Myitkyina, Myanmar. […]

A Democrat Georgia representative is challenging Georgia Secretary of State Brad Raffensperger in the 2022 election, she announced on Tuesday. State Rep. Bee Nguyen claimed in her announcement video that Republicans have moved to suppress […]

Fully vaccinated Americans may not need to get a COVID-19 vaccine booster shot, Dr. Anthony Fauci said on Friday in an interview on CBS’ “This Morning.” Fauci, who is head of the U.S. National Institute […]