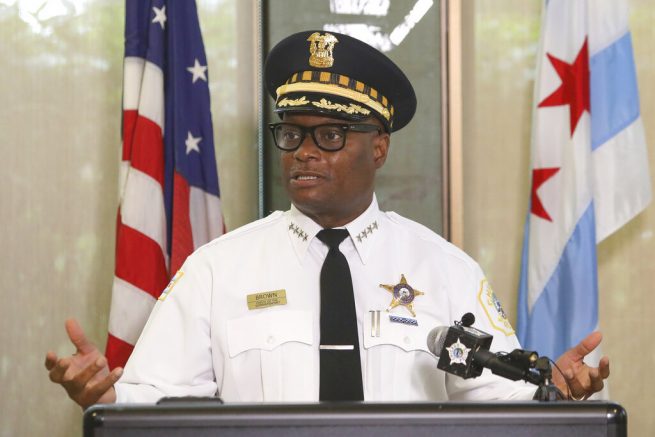 More police officers have been deployed to the streets of Chicago as part of a citywide effort to stem violent crime in the area. According to reports, around 200 additional officers were sent to help patrol the city’s downtown tourist area.

A rise in violence, including stabbings, carjackings and fatal shootings, was to blame for the move.

One local alderman claimed crime has increased because criminals in the area are growing bolder.

“Right now, you just have people who believe that they can do things downtown without any fear that they’ll be arrested, reprimanded or face any consequences at all,” said Brian K. Hopkins.

On Wednesday alone, Chicago reported eleven people had been shot and one person was dead. 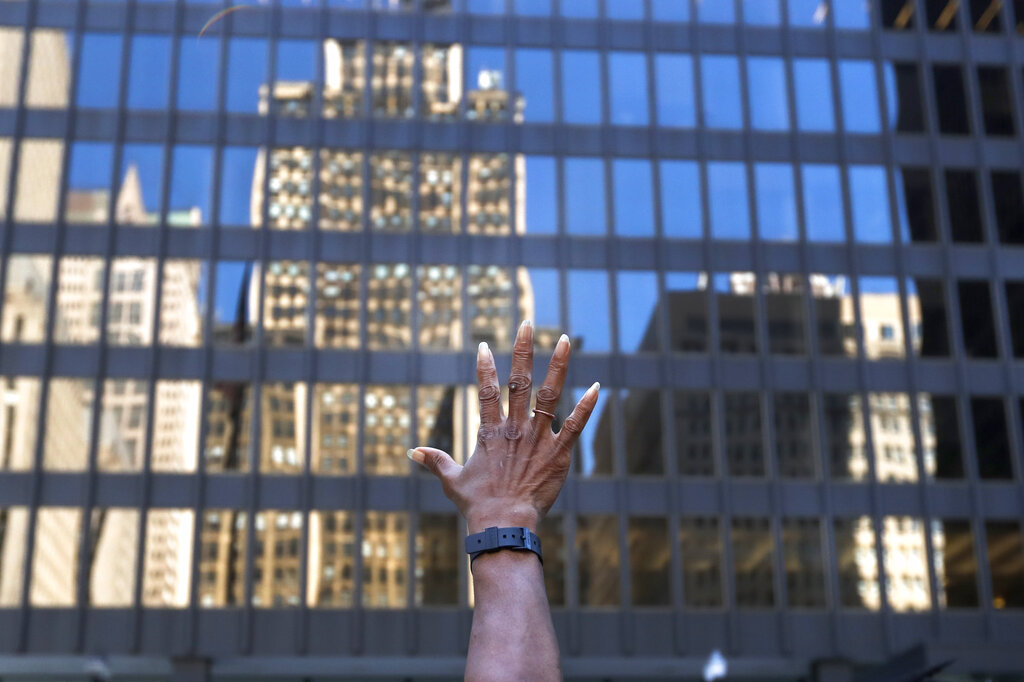 A protester attending a rally on Federal Plaza Thursday, July 23, 2020, raises her hand against a backdrop of the Dirksen Federal Building, after a collection of Chicago activists groups announced they are filing a federal lawsuit against the Chicago Police Department, Fraternal Order of Police, and the federal government, in Chicago. (AP Photo/Charles Rex Arbogast)

“CIRT consists of approximately 250 officers that focus not only special events and marches, but large gatherings and protecting First Amendment rights of peaceful protesters,” he explained.

According to Brown, the team will help keep demonstrations peaceful by protecting protesters from violent agitators, who are looking to incite riots. CIRT will also devote some of their response time to reports in the downtown area, where shootings have spiked.

Other teams have also been formed to engage in community outreach programs. They will reportedly assist in protecting and uplifting neighborhoods.

The police superintendent reiterated he hopes the teams will restore public trust in officers, who he has highlighted as peacekeepers.

The vast majority of Australia’s cricketers from our 38-strong Indian Premier League have arrived in Sydney, almost two weeks after the Twenty20 tournament was suspended because of COVID-19. Players, coaches and commentators were on board […]