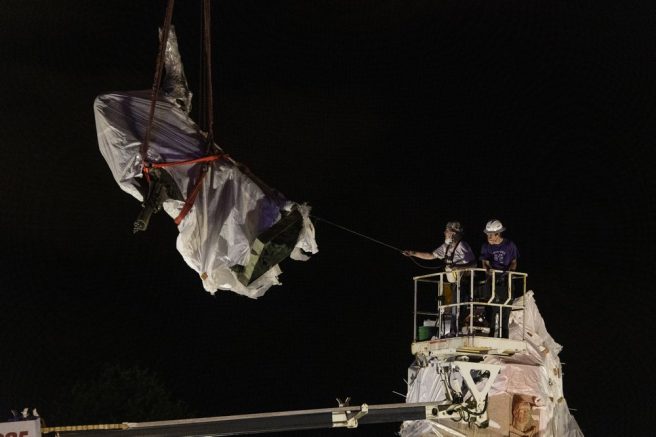 City municipal crews help guide the Christopher Columbus statue in Grant Park as it is removed by a crane, Friday, July 24, 2020, in Chicago. (Tyler LaRiviere/Sun-Times/Chicago Sun-Times via AP)

The move came swiftly and unexpectedly, as Lightfoot was initially opposed to “erasing history.” In the end, she said removing the statues would be “best for the safety of the city.”

We took this step in response to demonstrations that became unsafe for both protesters and police, and to efforts by individuals to independently pull the Grant Park statue down in an extremely dangerous manner.

Despite the mayor’s efforts to “protect public safety and preserve a safe space,” some were unhappy with the decision.

“You don’t just go in the middle of the night, tear down a statue and celebrate this socialist cancel culture,” stated local Alderman Anthony Napolitano. 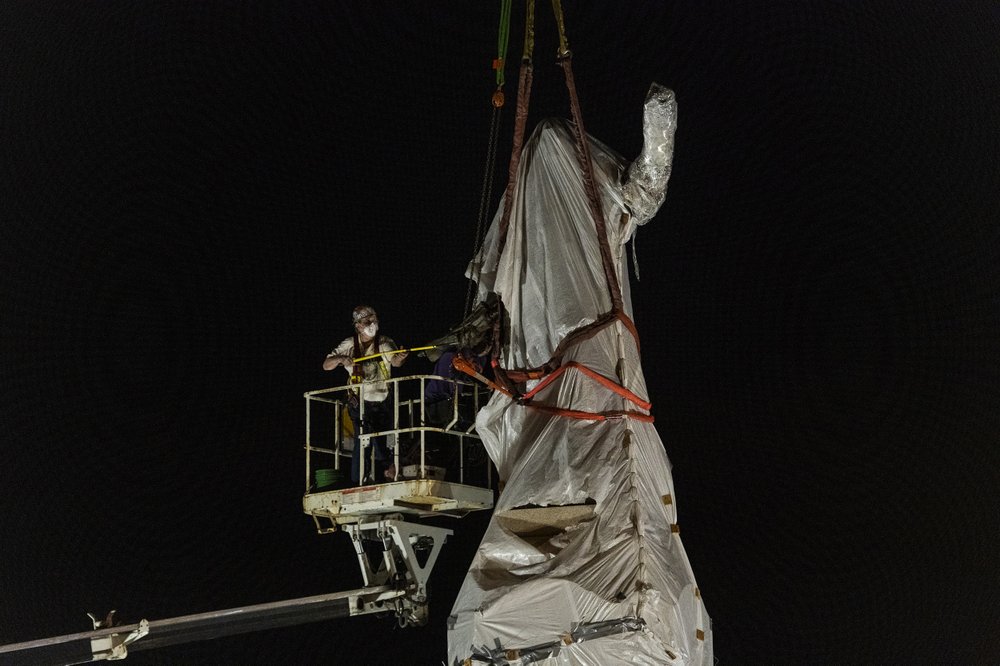 City crews inspect the straps that are around the Christopher Columbus statue in Grant Park as they begin to remove it, Friday, July 24, 2020, in Chicago. (Tyler LaRiviere/Sun-Times/Chicago Sun-Times via AP)

The statues will be stored in an undisclosed location until officials decide on a final resting place.

According to Lightfoot, there will be an announcement regarding a formal process to evaluate each statue memorial and monument in the city of Chicago.

Charred remains of the medical equipment and bed is pictured inside a ward after a fire broke out at a hospital in Ahmednagar district on November 6, 2021. (Photo by AFP) OAN NewsroomUPDATED 12:50 PM […]